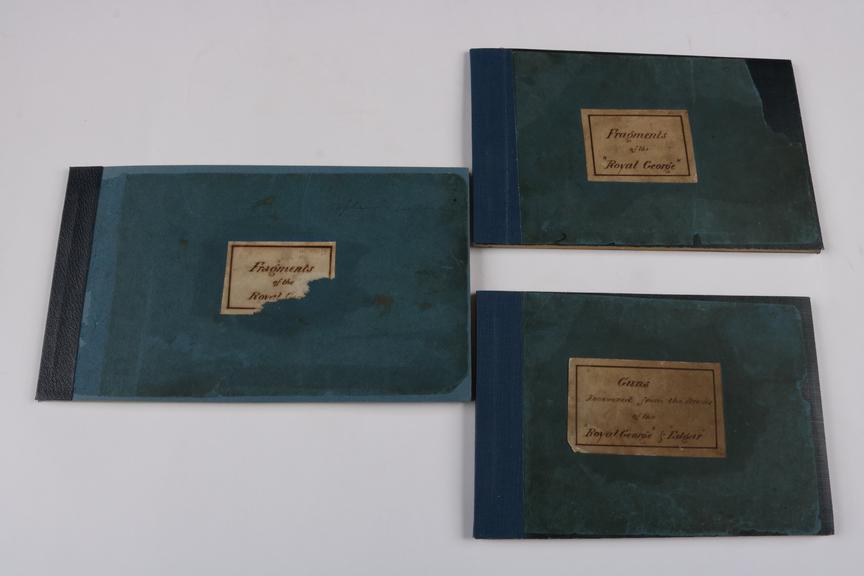 Each volume contains hand-coloured drawings (varnished over) of parts of the structure, weaponry etc brought up in 1839-40 following Col. Pasley's operations to move the ships (the former sunk in 1782 Aug at Spithead, the latter sunk at St. Helens).

The drawings are often notated 'Portsmouth August [to October] 1840', some after sketches by Lt. Read and Capt. Hall.