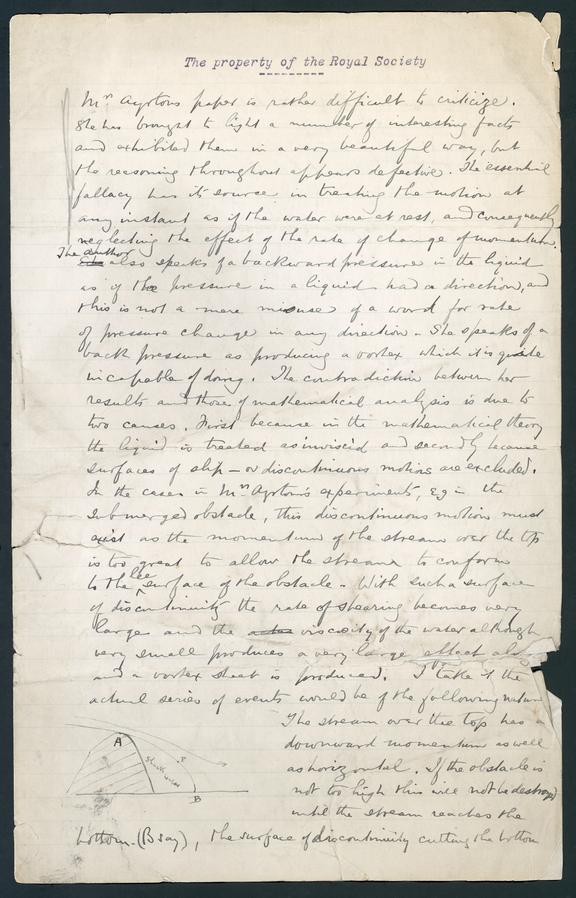 This is an anonymous reviewer’s comments on Ayrton’s paper “On some new facts connected with the motion of oscillating water” presumably for consideration for the Proceedings of the Royal Society, in which Ayrton’s previous and subsequent papers presented before the Royal Society were published. Ayrton’s paper originally presented before the Royal Society in January 1911, delayed from October 1910 as Ayrton was busy attending suffrage marches. Ayrton felt her paper was not published because of her public involvement in the suffrage marches but these anonymous comments indicate that this might not be the reason, or at least not the sole reason.