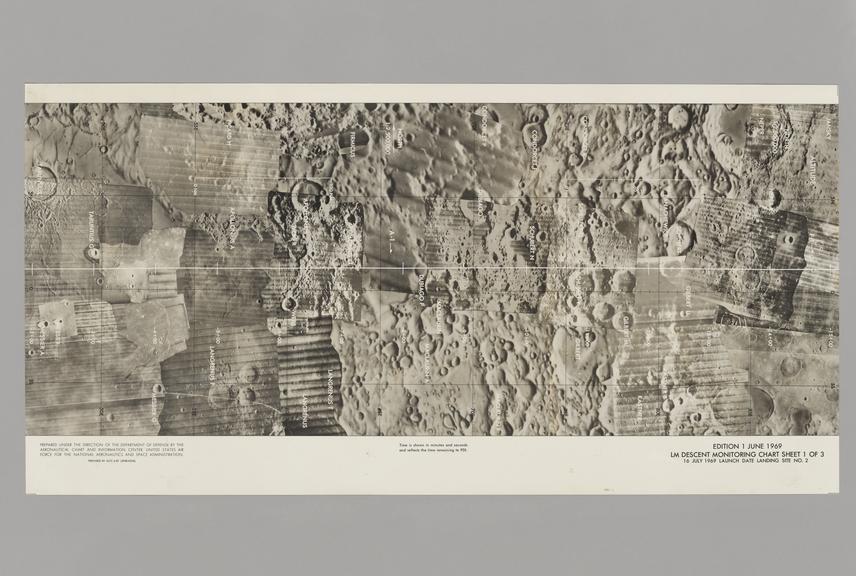 The United States’ National Aeronautical and Space Administration’s (NASA) Apollo programme for landing astronauts on the Moon generated millions of associated mission documents. Some were made available to press and media. These included charts projecting the ground track of the spacecraft, as it orbited the Moon, over a detailed photographic montage of surface features. The photographs had been generated from the unmanned Lunar Orbiter missions of 1966-67. The charts provided an accurate prediction of where each Apollo spacecraft would be and what features would be visible to the crew and mission controllers at any specific time while circling the Moon.

This particular chart was produced for the Apollo 11 landing mission (actual launch date 16 July). It is one of three and depicts the location of the lunar module – with Neil Armstrong and Buzz Aldrin inside – during the period between 15 minutes and 2 minutes prior tp the spacecraft starting its powered descent (Powered descent Initiation or PDI) to the landing site. These times are given just below the ground track in minutes and seconds (-15+00 to -2+00).