Portrait photograph of Edie Adams for her role in "The Oscar" 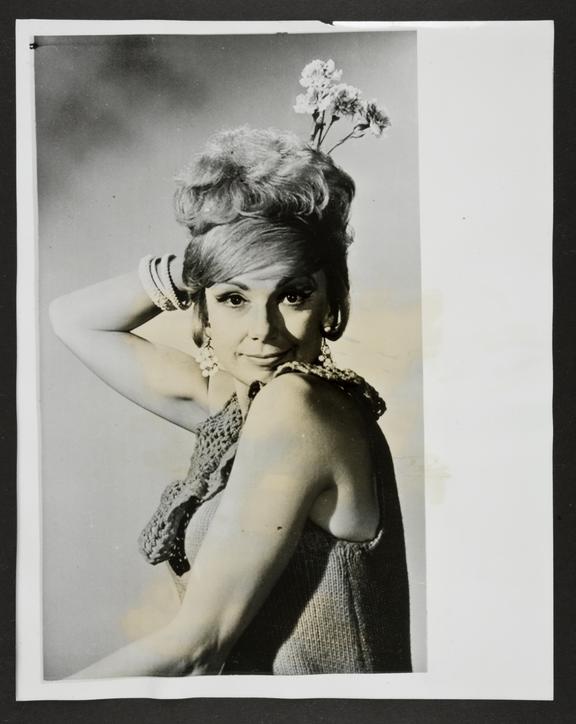 Photograph of Edie Adams for the movie "The Oscar". This portrait photograph shows Adams with floral hair decoration in crochet top. The article on the reverse reads "Edie on the Job. Comedienne Edie Adams adds a floral touch to her hair-dress for her current role in the movie "The Oscar", the first motion picture to tell a story of the Oscar race. Edie plays the part of a movie extra in the picture, currently being filmed at the Paramount Studios in Hollywood." Associated Press Photo.

copyright:
Copies may be supplied of items in the collection, provided that the copying process used does not damage the item or is not detrimental to its preservation. Copies will be supplied in accordance with the NMeM’s terms and conditions for the supply and reproduction of copies, and the provisions of any relevant copyright legislation.