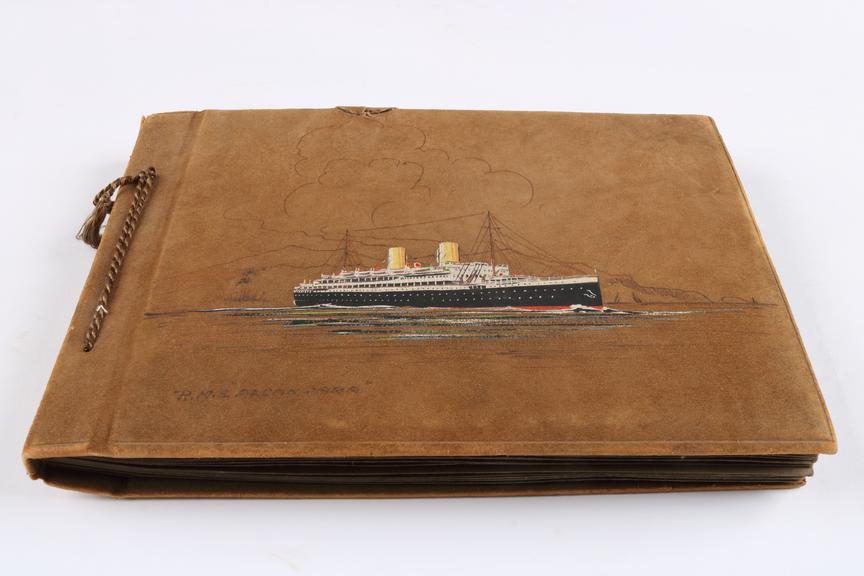 The album contains a comprehensive assembly of written and pictorial memorabilia from life aboard the ships, such as photographs of the interiors, passengers and ports of call, passenger lists, events details, menus, ship newspaper articles and postcards.

RMS Alcantara was a Royal Mail ocean liner constructed in 1926. Originally build with diesel engines, a cutting-edge but fledgling technology at the time, she was slower by several days than the competing British and foreign ships already working the route between European and South American ports. To increase her speed and competitiveness, RMS Alcantara was re-fitted with steam turbines in 1935. The voyage to South America depicted in the album dates from 1936, representing one of her first cruises following the refit. During WWII, SS Alcantara served as an armed merchant cruiser and as a troop ship. She was returned to civilian service in 1948, and was scrapped in 1958.