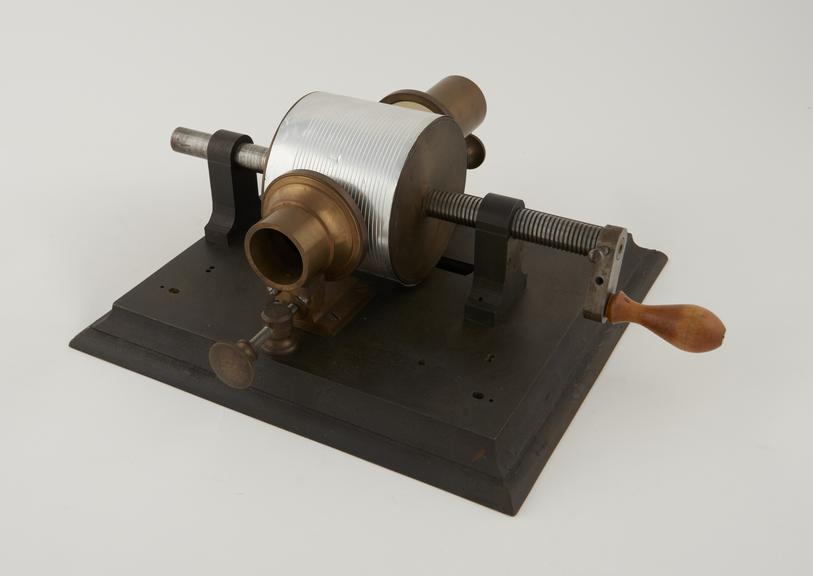 The phonograph was invented by Thomas Alva Edison in 1877, whilst working on the telephone and the telegraph. You would speak into a mouthpiece and the vibrations would be recorded onto the tin cylinder by a recording needle which created grooves on the tin. A second needle would then trace these grooves and the sound would be played back.

It was the first device to reliably play back sound, but the tin foil could not survive very many plays and so before long was replaced by wax cylinders. Neither the foil nor the wax cylinders could record for long periods, limited to only a couple of minutes.

The recordings produced by the phonograph were terrible quality when compared to the capabilities of modern-day technology. The device was notorious for sounding scratchy, and it was not able to catch the full range of sound, distorting high sounds and struggling to capture low sounds.

However, none of this limited the product’s popularity - instead musicians adapted. They shortened the length of their songs to fit onto one recording and chose instruments that would be picked up better by the device.

This replica was commissioned by Thomas Edison to replace his original, which was returned to him in the 1920s after having been loaned to the Science Museum since 1884.