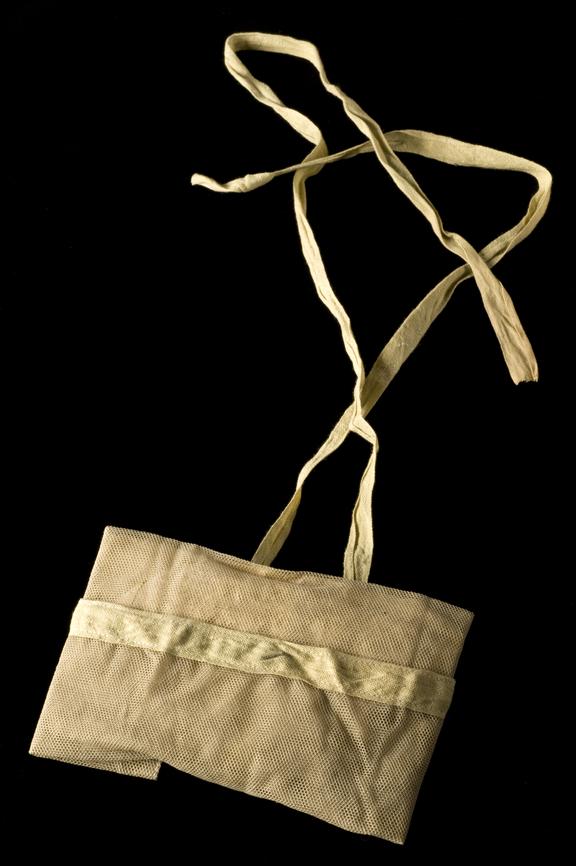 If you were asked to go to the Western Front in 1916 to identify the poisonous gas being used by the Germans, would you go? Scottish physiologist John Scott Haldane did. This mask demonstrates some of the challenges he was asked to consider. Such crude masks were all that were available for soldiers throughout much of 1915.

Perhaps you would rather join him when he returned, and help with making a mask to protect soldiers from gas attack? What do you think would be the most important factors in a mask? What parts of the body need to be protected? Having seen what was available, Haldane knew he needed to find improvements. He suggested a respirator to prevent the gas being breathed in through the mouth and nose, and eye protection to avoid irritation or worse, blindness.

Why was Haldane so important to the project? He was an expert on the physiology of respiration, and his knowledge of the nature and effects of toxic gases was invaluable. Once he had identified the gas being used by the Germans as chlorine, he could make sure the respirator stopped it reaching the lungs.

Phosgene and mustard gas were also used during the First World War. Each had a distinctive smell or taste. Chlorine was described as metallic and peppery, phosgene like freshly cut grass and mustard gas like garlic or horseradish. Haldane probably got a whiff of that metallic, peppery smell, because biographers record he did more than collect and analyse the gases he researched – he often experimented on himself.