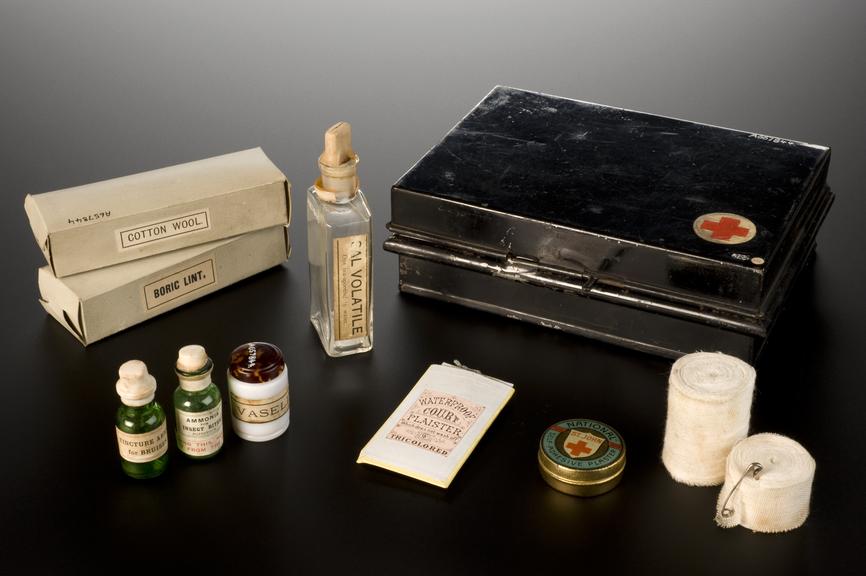 The motor car was a relatively new form of transport in England during the 1890s and was only available to the small minority who could afford one. Kept in a motor car in case of emergencies or accidents, this black metal case contains carron oil for burns, a court plaster, bandages, arnica for bruises and smelling salts to bring around someone who has fainted.

The first person killed in a car accident in Britain is believed to be Bridget Driscoll – struck down by a car giving demonstration rides in the grounds of the Crystal Palace in south London. Her death was subject to an inquest, during which the coroner stated that he “hoped such a thing would never happen again”.