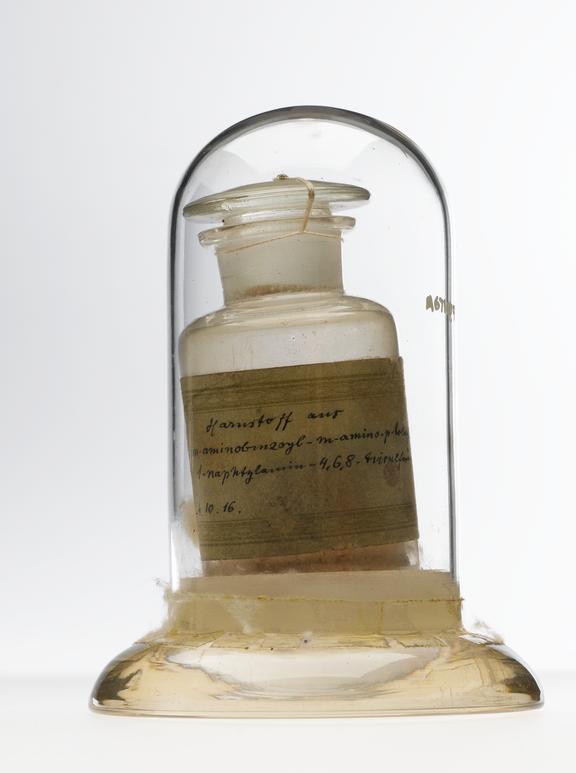 Clear glass bottle, stoppered, containing specimen of Bayer 205, an original sample prepared by Dr. Drussel himself, label bears inscription in his own hand, and dated 4th Oct. 1916, the bottle is sealed in a domed display jar with large flanged base, probably of later date, bottle English, 1910-1916

Bayer 205, now known as suramin, is effective against micro-organisms called trypanosomes, which are responsible for tropical diseases such as sleeping sickness. The drug was on the market from 1920. This original specimen was prepared by Dr Oskar Dressel, part of the research team at Frederich Bayer and Co., a German dye manufacturer who developed the drug. Developed in 1916, Bayer 205’s chemical composition was kept a se-cret from other drug manufacturers.

The powdered drug is mixed with liquid and given to the patient by injection. The label on the container written by Dressel is dated “4 October 1916”. The dome was probably added later to display the sample.