Made:
1889 in Horwich Railway Works 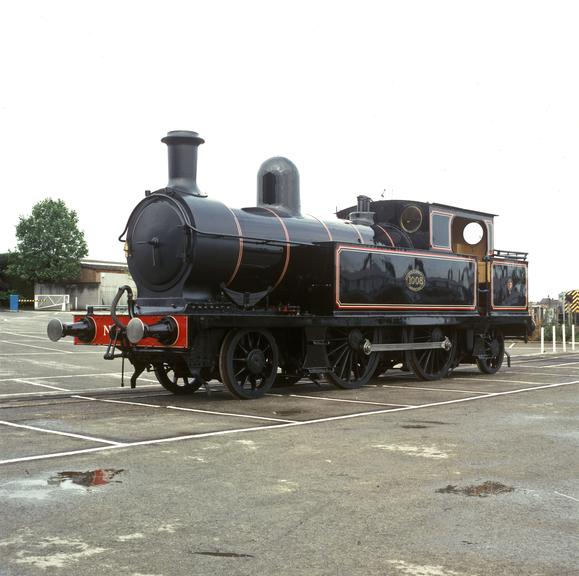 Lancashire & Yorkshire Railway 1008, nicknamed Lanky Tank, is the only remaining example of Sir John Aspinall’s L&YR Class 5 tank engines. These locomotives were designed for passenger work and proved successful, with 330 being built between 1889 and 1911. Even two years before construction finally ceased it was estimated in 1909 that its 2-4-2Ts made up 56% of the L&YR’s total passenger mileage, most of these engines operating west of the Penines in the Manchester, Liverpool and industrial Lancashire areas.

John Aspinall was made the L&YR’s Chief Mechanical Engineer in 1886 and he designed an entirely new range of locomotives which would be built in-house at Horwich Works. Many famous engineers of the future worked at Horwich Works under Aspinall’s leadership, including Richard Maunsell and Nigel Gresley.

All 330 locomotives passed to the London, Midland & Scottish Railway at Grouping in 1923. Withdrawal commenced in 1927 but 115 were handed over to British Railways in 1948. The last locomotive did not disappear until 1961, but 1008, with its BR number of 50621, was retired in September 1954 and earmarked for preservation.