Made:
1912 in Horwich Railway Works 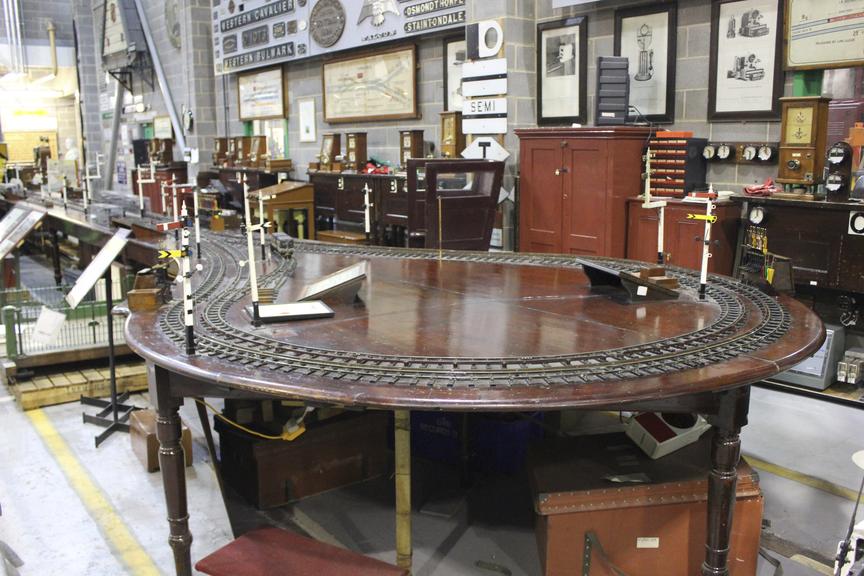 The Lancashire and Yorkshire Railway School of Signalling has been entered into the Guinness Book of Records as the oldest complete working model railway.
Science Museum Group Collection
© The Board of Trustees of the Science Museum

Its head office was at Hunts Bank, Manchester Victoria Station. In 1910 the company founded a school for signalling based at its offices.

In 1912, apprentices at the Horwich locomotive works built the model railway for use in the new school. Rolling stock was supplied by the commercial model engineering firm Bassett Lowke. The model is signalled exactly as it would be on the real railway, with points and signals being controlled from miniature frames complete with interlocking levers.

In 1925 the model layout was exhibited at the British Empire exhibition.

For over 80 years the layout remained at Hunts Bank, through the L&YR’s absorption into the London, Midland & Scottish Railway and then by British Railways. The layout was adapted as railway technology advanced.

Over this period, the function of the layout remained, to train railway staff in the rules and regulations of signalling. It was removed in 1995, after the last class was taught, and donated to the National Railway Museum and restored to its condition of 1925. The layout is now operational again and is occasionally used for demonstration by a team of dedicated volunteers.