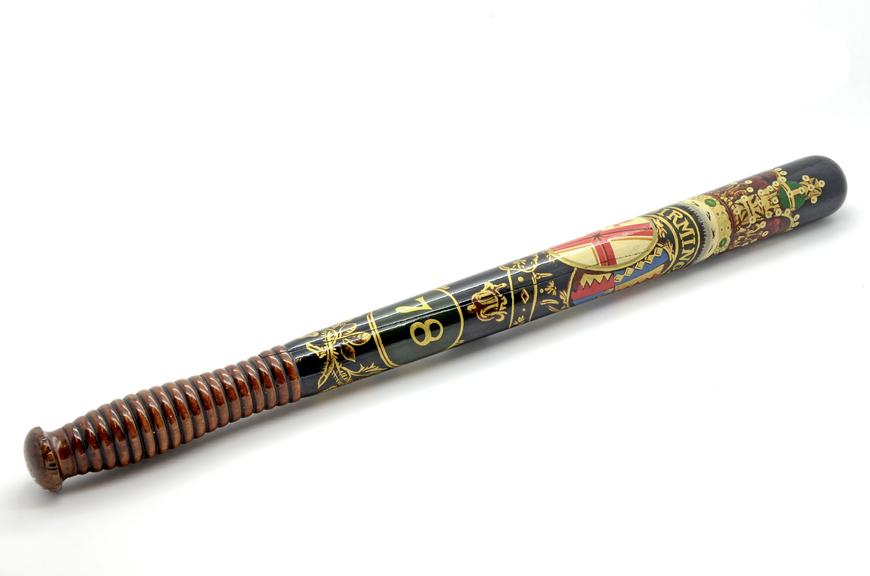 Police truncheons - or batons - of the past could be highly decorated. They were painted to denote local constabulary, Royal cyphers, local crests and sometimes even the police officer’s rank. The variation in decoration and design of these truncheons is vast, and although the details were supposed to be removed once the truncheon ceased to be used, they are easy to find intact on online auction sites. These inscriptions can provide a history of the British police force on a local level, especially when the designs provide an unusual level of detail.

The modern British Transport Police is a unit that works across the country, but the force has evolved with the railways as they have been amalgamated, nationalised and then privatised over the years. When the railway was first rolled out most lines had their own police force, with Stockton and Darlington Railway thought to be the first to employ their own force in 1826. Railway police forces were the first to employ women – in 1917 - and the first to officially have a second for police dogs - in 1907. The

North Eastern Railway police were among the first forces to achieve both milestones.

This truncheon was used by officers working for the London & Birmingham railway, and it is decorated with the railway’s coat of arms. It is possible that the number 78 refers to an identification number assigned to the officer who owned this truncheon – other railway truncheons in the collection also have different numbers – but it is unclear if this is the case.