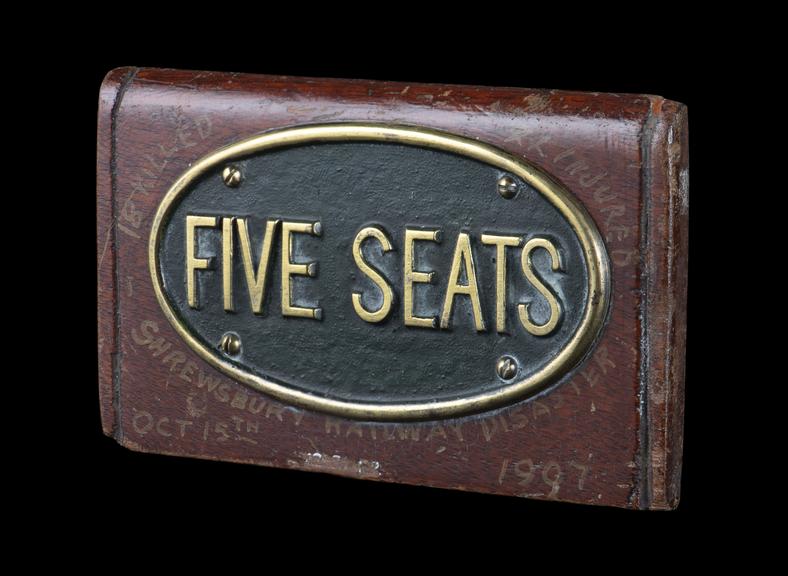 In the small hours of 15 October 1907, the London & North Western night mail train from Crewe was being hauled by a new locomotive of the ‘Experiment’ class which had been built at Crewe less than one year previously. It was a heavy train, consisting of 15 coaches of Great Western, North Western, West Coast Joint Stock, and Caledonian rolling stock.

The approach to the station at Shrewsbury is on a sharp curve, for which speed was restricted to 10 miles per hour. When the train approached, the signalman could see it was travelling too fast. The report suggests the train was travelling somewhere between 40-70 mph. It derailed, flinging the carriages piled up in a concertina pattern across the junction and the locomotive eventually coming to a stop on its side.

18 people were killed, including the driver and his fireman, with 33 others reported injured.

The official report into the crash caused consternation among railwaymen. The blame was laid on the driver and fireman, who, it was said, must have fallen asleep. Footplate workers refused to believe that both men could have fallen asleep and suggested other causes such as brake failure.

This was the third serious crash in the UK due to excessive speeds within a 16-month period.

Pennies and sixpences welded together as a result of bombing raid in 1942, found at York Station (coins)