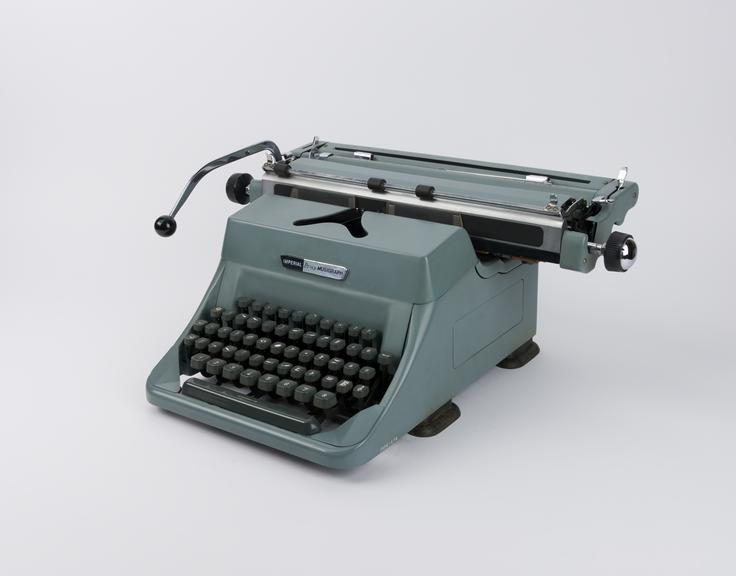 The Musicgraph or Musikriter, was invented by Lily Pavey, patented in 1961 and completed in 1963. Pavey was the first inventor to receive National Assistance to enable her to continue working on this project. Around 1963, the musicgraph was put in to production by Imperial Typewriter Company and called the Imperial Pavey Musigraph. Very few examples seem to have been made and sold in the mid/late 1960s.

It is a typewriter that when you strike the key, as on any normal typewriter, it sounds a note of music and prints the note in the proper place on music paper. The machine could write vertically as well as horizontally, meaning that anyone could fundamentally teach themselves the basics of music theory.

Lily Pavey knew that other people had tried to perfect a musical typewriter but failed, however she was not a trained engineer. She studied music and mathematics and the mechanisms of the typewriter and electronics. She figured out how to give vertical elevation with moving the paper and how to create 8000 combinations with 46 keys.

Pavey hoped that more and more composers would be more encouraged to set down their new inspirations and ideas instead of following what had already been written.

By 1967, Pavey had improved the Musicgraph further into a device called the Spherigraph. Not only was it able to add words to music but it could be used for complicated maths, chemistry symbols and even ballet choreography notation.