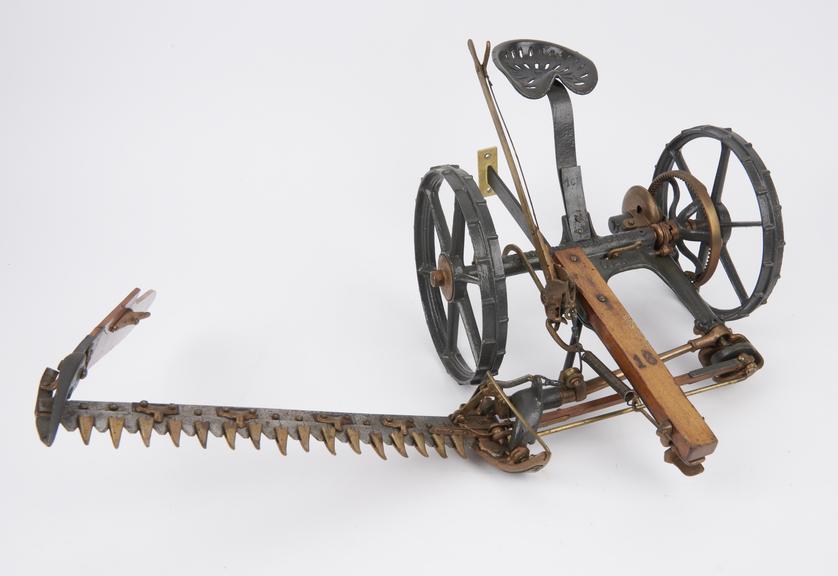 The first stage of the hay harvest is the cutting of the grass. The scythe was used for this work ever since it was brought to this country by the Romans who were here from A.D. 43 - A.D. 410. A grass mower was invented early in the 19th century but it was not until after the coming of the reaper that the grass mower came into use.

The cut grass was laid in swaths and the next step was to dry it. This was achieved by throwing and spreading the grass about. Known as tedding, the tools used were hand folks and later hand or horse-drawn rakes. The hay-tedding machine was designed by Robert Salmon of Woburn in the early 19th century, but it was not until the latter part of that century that the development and use of the hay-teddder became widespread. This was soon followed by the introduction of the swath turner and the side-delivery rake.

Hay collectors and loaders did not come into general use until after the first World War. Prior to this, the hay was collected by means of rake. It would then be pitched on a cart and unloaded with forked onto the sack. Today, every stage of haymaking can be done by machine.

This model of an American mower, popular in Britain at the beginning of the 20th century. The controls are: a clutch, one lever to swing up the knife bar away from the obstacle;, and for travelling purposes, and another lever to regulate the cutting height by rotating the cutter bar.