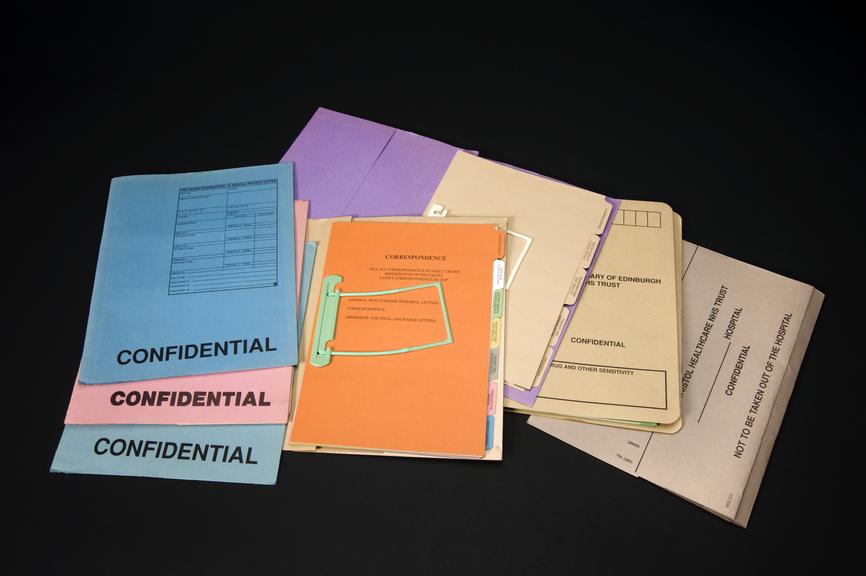 Who are hospital patient records for – doctors, nurses and other healthcare practitioners, or hospitals? You’ve probably seen how important the records are for staff. Picture the team huddled at the end of the bed examining the chart, or the nurses doing their three-times-daily handovers. But you may be surprised at how much they are used by hospitals.

What data was collected from hospital patients in the 1700s? Age, gender, marital status, race, occupation and place of residence were all noted. Perhaps most importantly, they also recorded diagnosis and final outcome – from a choice of three categories: cured, relieved or died. How did hospitals use this data? Statistics were calculated and presented in annual reports to show the important work going on there.

More and more data was collected as statistics were seen to make medicine scientific. How could number crunching get faster? Calculating devices were first used in the 1800s, and by 1900, cards with holes punched in particular boxes, such as ‘male’ or ‘female’, could be sorted quickly by machine. Health departments could assemble statistics for entire towns and cities, and calculate mortality rates in general and by disease.

Patient records were bulging by the early 1900s. Why? More people were involved in patient care and needed their particular test results put in the files. Graphs and diagrams allowed complex information to be understood quickly, but took up space. Hospitals continued to extract the data they needed for national audits – proving that sometimes patients are no more than just a number.