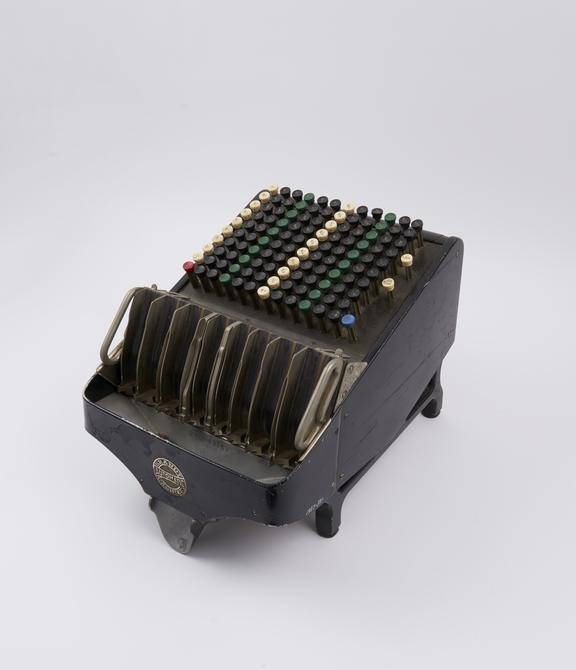 By the late 19th century, many American workers were paid in cash. Putting together packets with precisely the right bills and coins was a tedious task. In the 1890s, Edward J. Brandt, a cashier at the Bank of Watertown in Watertown, Wisconsin, invented a machine that could dispense change automatically.

The machine dispenses change in amounts between 1 cent and 99 cents. It has eight channels across the front, three for pennies, one for nickels, two for dimes, one for quarters and one for 50-cent pieces. Above and behind the channels is an array of 99 plastic keys, numbered from 1 to 99. Pressing another key, marked "5," releases five pennies. On the right are keys marked 10, 25, 25 and 100 that give change for these amounts. The entire coin holder can be removed from the mechanism for storage of coins. Pushing down a key moves a bar that pushes coins from a channel into a compartment with a trap door at its base. Pushing the trap door back releases change into the hand.

Brandt’s machine received medals at the 1900 Universal Exposition in Paris and the 1904 St. Louis World's Fair. This example dates from the 1920s.