Model of a vertical cylinder-boring mill 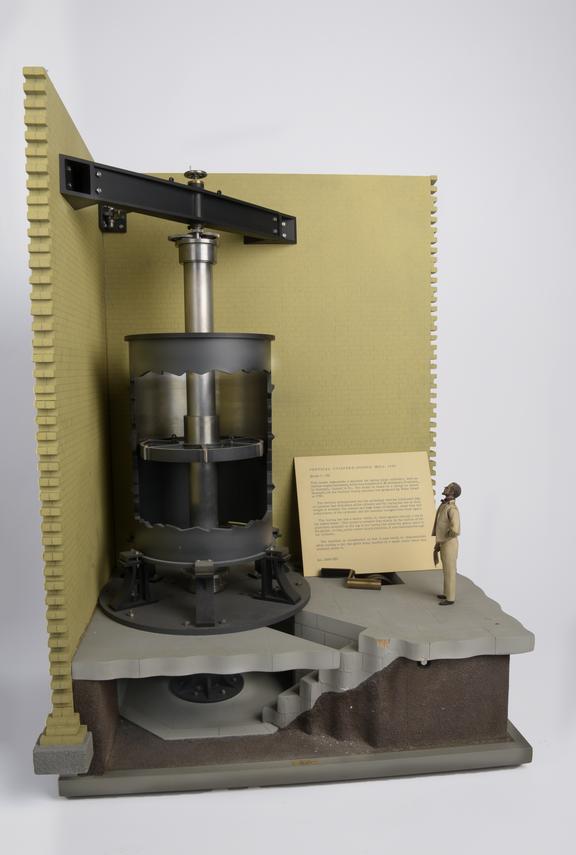 Science Museum Group
© The Board of Trustees of the Science Musuem

Model of a vertical cylinder-boring mill, 1838 made by Nasmyth and Gaskell and Co. With human figure by Barbara Mary Campbell, Kingston-upon-Thames, Greater London, England, 1960.

This model represents a machine for boring large cylinders, such as marine-engine cylinders, which was erected at H.M. Dockyard, Woolwich, by Nasmyth, Gaskell & Co. The model is based on a design by james Nasmyth, but the vertical boring machine was proposed by Peter Ewart in 1795.

The boring bar has a screw within it which passes through a nut in the cutter wheel. This screw is rotated very slowly by the motion of the gear train mounted on the top of the boring bar. As the cutter slowly revolves, it also descends through the cylinder.

The machine is constructed so that it may easily be disassembled after making a cut, the parts being handled by a small crane which was mounted above it.