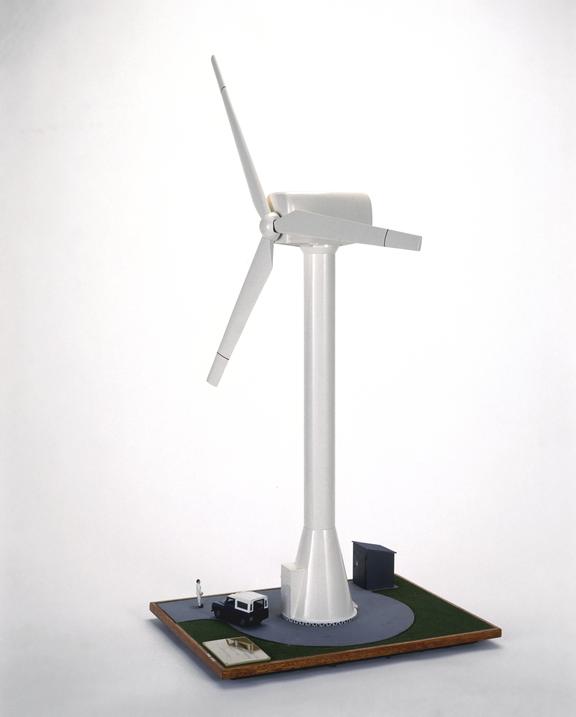 Sectioned scale 1:40 model of a Howden HWP 300 Wind Turbine, by Angus Model Makers, Glasgow, Scotland, with a 1:43 scale model of a Landrover vehicle & human figure, by Vitesse, Portugal, 1980-1983. The tubine model was constructed prior to production of the real object, which was installed at Burgar Hill, Orkney, on 20 October 1983.

Model (Scale 1:50), wind turbine, by James Howden & Co,. 1988. Wind turbines usethe wind to make electricity. Wind turns the blades, which turn a shaft connected to a generator. This converts the kinetic energy of the wind into electricity. James Howden launched this 31 metre tall wind turbine design, the largest available at the time, in the early 1980s after testing a much smaller prototype. Despite their size, the Howden turbines did not perform very well. In 1990 they were installed in California in considerable numbers. However, the plan was unsuccessful -this was a costly lesson for Howden, forcing the company out of the market.

Bust of James Watt in Parian Ware made by Josiah W