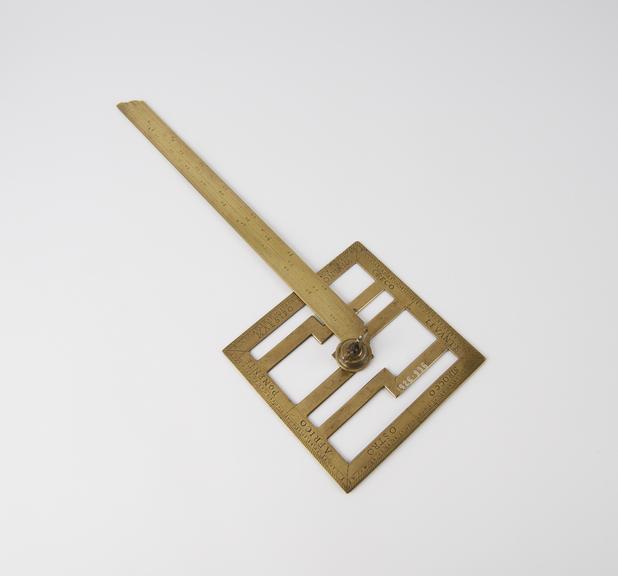 The square of the plotter is marked with the names of the eight traditional winds of the Mediterranean, as follows:

The name of the South-west wind preserves the classical name (AFRICO), in place of the more modern equivalent Libeccio (“Libyan”).

This instrument is used for plotting and reading bearings on a nautical chart which lacks a compass rose. It was therefore used on plain charts, rather than on Portolan charts, the latter of which are distinguished by their profusion of compass roses and rhumb lines. To use the plotter, the square is aligned with the cardinal points of the compass on the chart. This is why it is square, rather than round, and why it has the names of the winds engraved on it. Then the arm is rotated to the bearing to be plotted or read. The modern equivalent of this device is called a “Hurst plotter”. These days, they are made of a transparent plastic material (such as acrylic) instead. This instrument is essentially unchanged over four centuries, although it has now been rendered obsolete by computerised navigation.