Bryant and May collection of fire-making appliances. 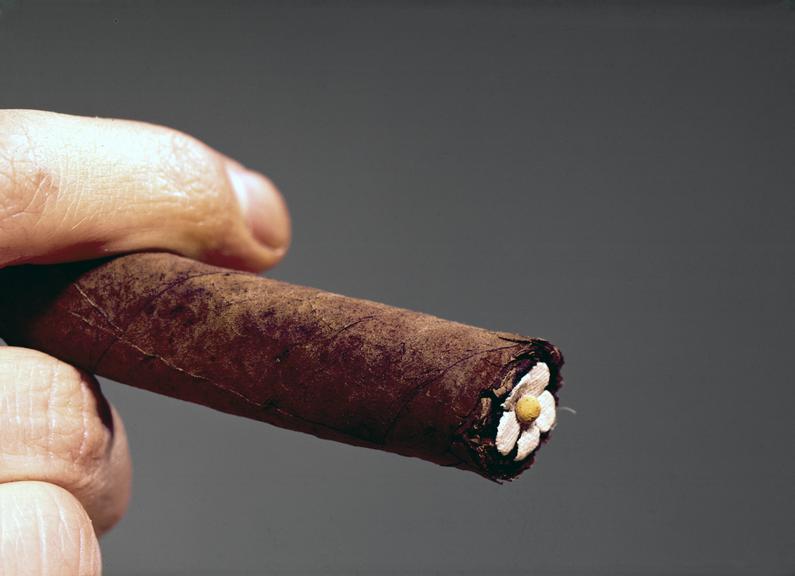 Cigar tip, c 1845. Cigar tips were used used to light up a cigar, usually out of doors. It is in the form of a flower
Science Museum Group Collection
© The Board of Trustees of the Science Museum

The Bryant and May collection of fire-making appliances.

Bryant and May Ltd was for many years a company world-famous for the manufacture of what was once one of the most familiar of fire-making appliances – the box of matches. From 1861 billions of matches were made at a factory, the Fairfield Works, in Bow, east London until in 1979 the work was transferred to Liverpool (factory since closed). In its earlier years the company developed an interest in the history of fire-making and eventually opened a large private museum in its offices at Bow. The collection was initially formed through the efforts of a dedicated private invidual, Edward Bidwell, and was supplemented in 1927 by additional exhibits collected by J H Daniels. The museum was cared for by Miller Christy, another private collector who brought his own knowledge and enthusiasm to it. Christy compiled an extensive printed catalogue of the collection in the mid-1920s which was published by Bryant and May Ltd in 1926, a supplement following two years later. During the 1930s selected items from Bryant and May’s museum were displayed at the Science Museum and this led to the whole collection being transferred in 1937.

The collection comprises about 1200 separate items. The time span is from the Stone Age until today, and they come from many countries and cultures across the globe – ranging from North American Eskimo fire drills to Hungarian and Japanese fire steels. Among the more primitive means of making fire are a wooden tinder box and home-made sulphur-match holder of crude English make, both about 200 years old. Although probably the commonest types they are intrinsically worthless and few have survived. At the other end of the scale of complexity is Berry’s Instantaneous Light Box, patented in 1824. This shows up the difficulty before the introduction of electricity of obtaining light quickly during the hours of darkness. The device relies on the action of vitriol (sulphuric acid) on a match-head coated with potassium chlorate, which creates flame. Henry Berry designed an ingenious compact mechanism using a cord and pulley to carry out the required movements with the hand staying well clear. At the heart of the collection is a vast number of friction matches of all main types: Lucifers, Congreves, Fusees, Vestas, ‘strike-anywhere’ and safety matches. It includes a rare example of a friction match made by the original inventor, John Walker of Stockton-on-Tees, in 1826.

A Promethean Match; similar to those of usual type (matches)