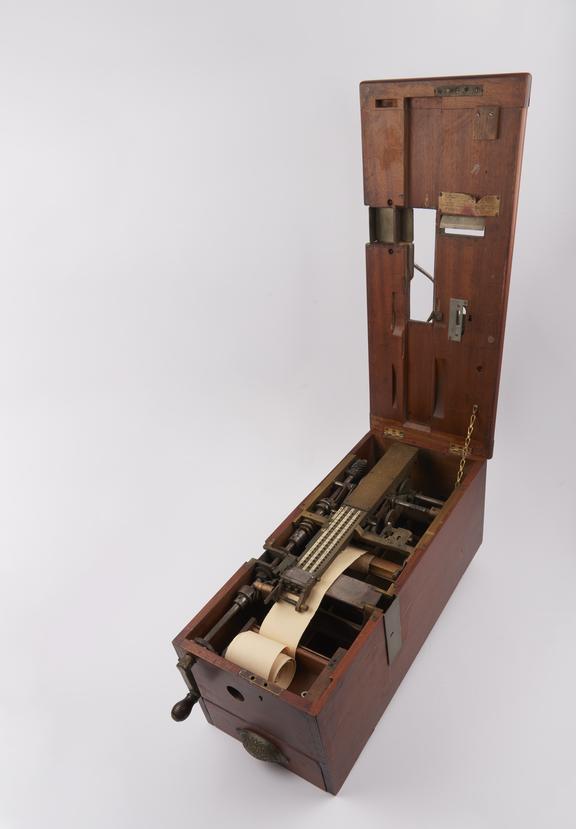 This handmade oak shopkeeper's till was made by G.H. Gledhill and Sons Ltd of Halifax, Yorkshire and appears to have a mechanically operated paper receipt printing system of some kind.

G.H. Gledhill and Sons Ltd was established by George H Gledhill (supported by his sons, Arthur H Gledhill, Gilbert Gledhill and Walter G Gledhill), to produce his new inventions including cash register and time clocks. Whilst running a millinery business in Northgate, Halifax in 1886, Gledhill invented an automatic cash till and automatic cash displayer.

During the First World War, the company developed a bomb-release mechanism. This was fitted as standard to the early bombers of the Royal Flying Corps and, later, the Royal Air Force. During the Second World War, the company produced a range of military equipment: sun compasses for desert operations, a field service level for use in road and trench construction, map measurers, booby traps, tanks and torpedoes.

In 1964, the time-recorder business was sold to the Simplex Time Recorder Company of Gardner, Massachusetts. The business closed in 1975.