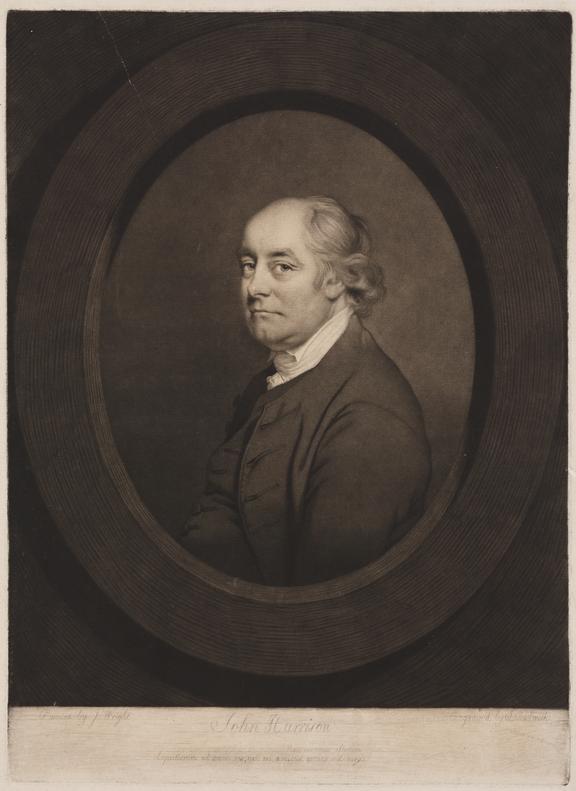 Mezzotint, engraving, portrait of John Harrison, surgeon of Derby, engraved by Smith John Raphael (1751-1812) from an
Science Museum Group Collection
© The Board of Trustees of the Science Museum