Portrait of John Kay of Bury 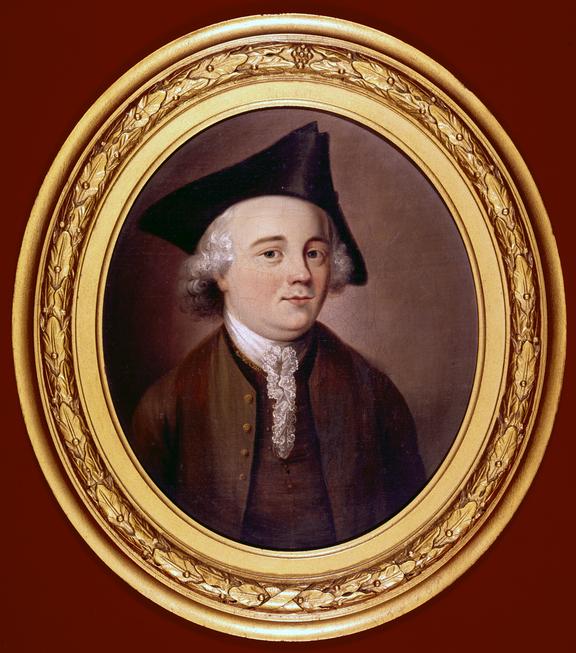 This original portrait of John Kay was formerly the property of the late Lieut. Col. Sutcliffe, great-grandson of Kay, who had deposited it in the Royal Polytechnic Institution. At the break-up of the Institution, it passed to Bennet Woodcroft. It is listed as item 24 in his Gallery of Portraits.

An engraving of this portrait was made by Thomas Oldham Barlow and included in the Portfolio of 'Portraits of Inventors of Machines for the Manufacture of Textile Fabrics with Memoirs' published by Thomas Agnew & Sons with an introduction by Woodcroft in 1863 (see 1980-840). Text under the print lists the portrait as 'from the original picture left by the late Lieut. Col. Sutcliffe' in Woodcroft's collection.