The Balloon Over Calais 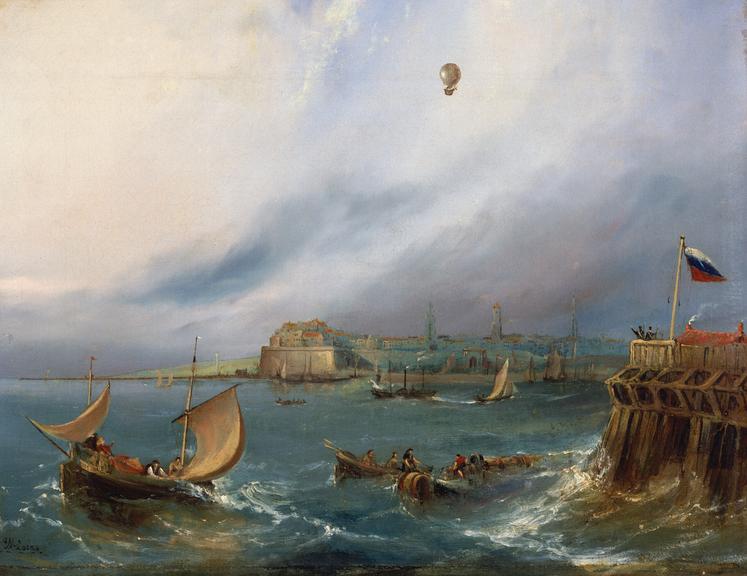 The Balloon Over Calais', France, 8 November 1836. Oil painting by E W Cocks. A scene from English aeronaut Charles Green's flight from London to Nassau, Germany, in a hydrogen balloon. Together with passengers Robert Holland MP and Thomas Monck Mason, Green (1785-1870) successfully completed the world's longest flight covering an estimated 480 miles in 18 hours. The route took them over Kent via Canterbury and Dover, England, before crossing the English Channel, and flying over Calais, France, and Liege, Belgium, to land in Weilburg, Germany.