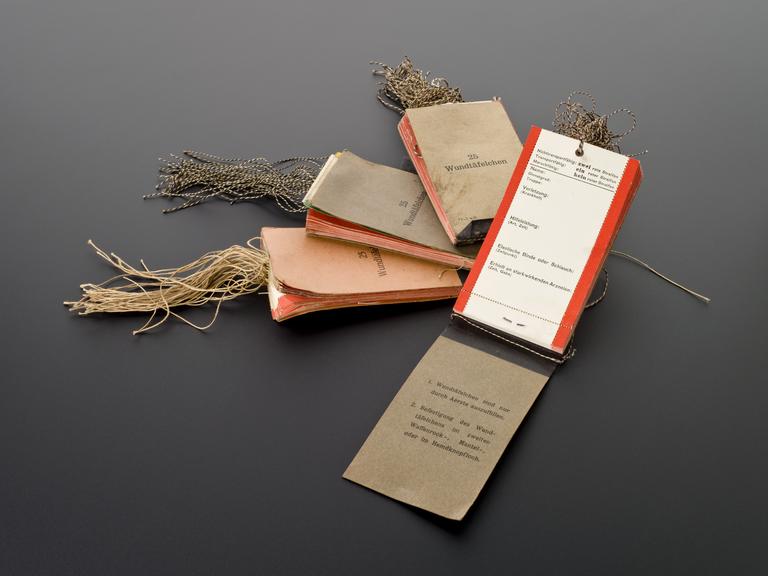 Wound tags, for use at clearing station, four of five books each of twenty- five labels, German, 1914-1918

Dealing with huge numbers of wounded soldiers, each with their own distinct injuries of varying severity, was a highly complex business. These wound tags, often tied to a soldier as soon as he reached some kind of medical post, helped to maintain some order within the chaos.

On each wound tag, the soldier’s name, regiment, injury/wound and the medical status of the patient would be recorded. Attached to a soldier’s uniform, the tag carried vital information that travelled with the patient. The wound tags were used in casualty clearing stations behind the front lines of battle. Before the soldier got to this point his wounds may have been looked at and treated three times – once by himself or a stretcher bearer, once by the regimental medical officer, and finally by a medical team at the casualty clearing station. Surgery, if needed, was carried out at the clearing station before the soldier, if he survived, could make the long trip home.