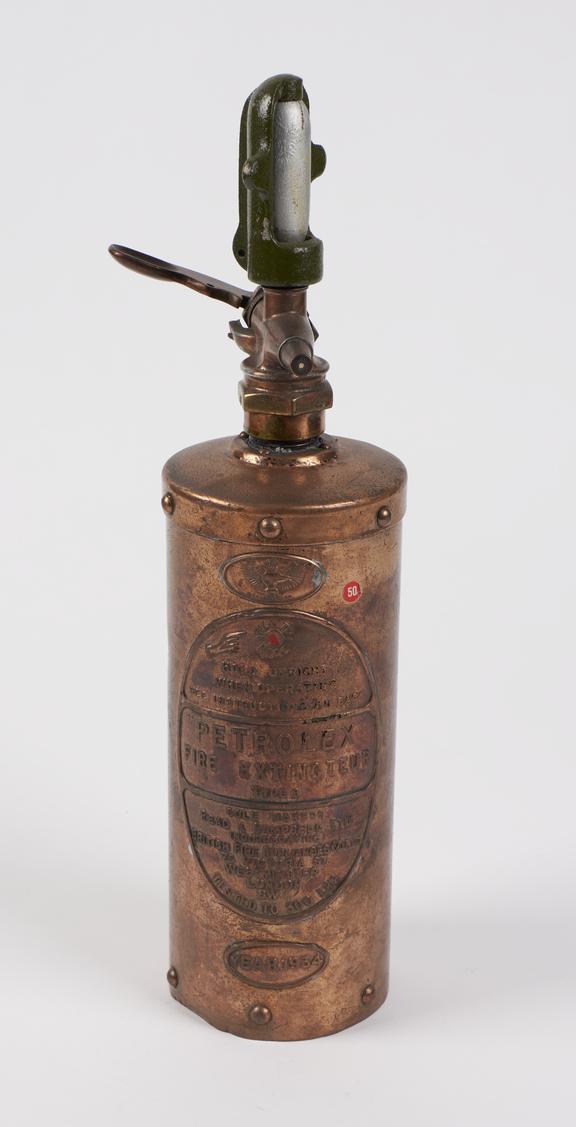 Petrolex' Fire extinguisher, Type B, sparklet powered, by Read and Campbell Ltd, Incorporating the British Fire
Science Museum Group
© The Board of Trustees of the Science Museum