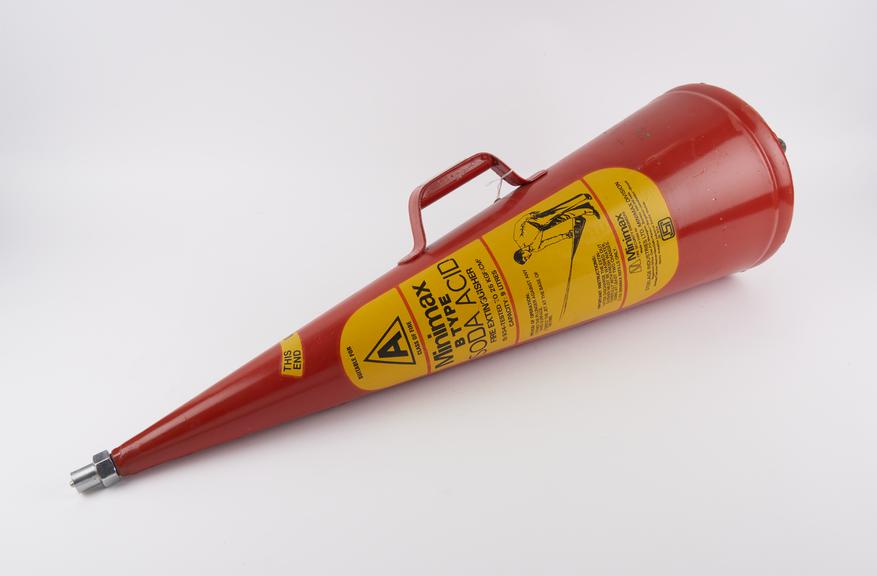 These conical fire extinguishers were unique to the Minimax company, with the design known as ‘The Minimax’. Minimax was founded in 1903, opening a UK factory in 1911 that produced 1000 extinguishers a month with worldwide orders – including an order from the Czar of Russia. The Siberian Railway was stocked with Minimax extinguishers.

The UK factory continued producing throughout both World Wars, producing 200 extinguishers a month in WW1. The company was taken over by the Pyrene company in 1955, who were then taken over by Chubb security in 1967. The Feltham factory remained famous for its art-deco design, with the gateway retained as public art when the building was demolished in the 1980s. A number of nearby roads are named in the company’s honour.

This extinguisher was produced by an India subsidiary of Minimax, showing the company's international reach. Fire extinguishers are still produced in India under the Minimax brand to this day, although the conical design is no longer made.