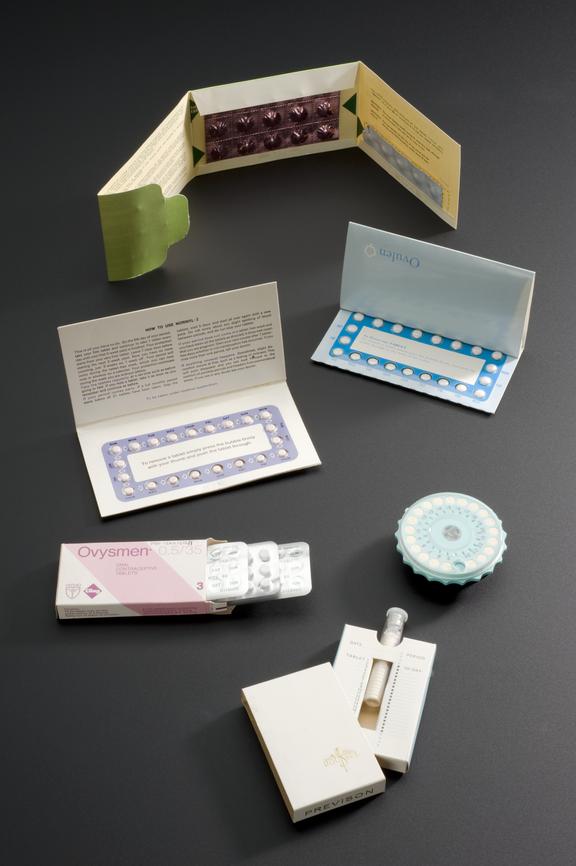 Blister packs reminded women when to take the pill. Manufacturers designed special packaging such as this soon after the oral contraceptive pill was launched in the 1960s. Monophasic pills such as this packet of Ovulen (shown open on the top right) are taken for 21 days, at the same time each day, with a week in between packets. The pill suppresses ovulation, which is the release of eggs into the womb. They also make it difficult for sperm to reach an egg, or for an egg to implant itself in the lining of the womb.

credit:
Donated by the Wellcome Institute for the History of Medicine, Contemporary Medical Archive Centre