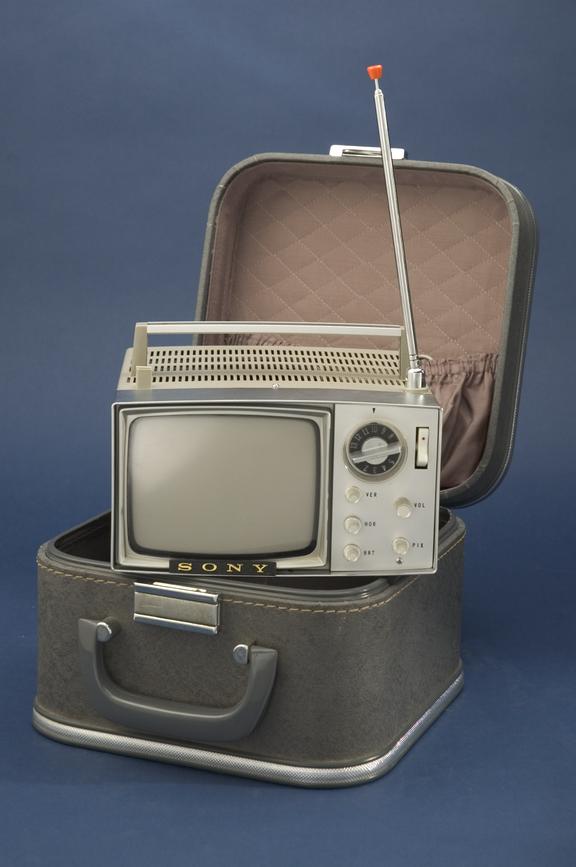 A Sony 5-303W portable television receiver made in Japan in 1962, with its own padded carrying case.

This television set was the world's smallest and lightest in 1962. The unit is completely transistorised.

Frank Sinatra was so impressed with the TV5-303W, which he saw during a visit to Sony, that he asked for one to take back to the United States. Since channels differ in Japan and the United States, Sony promised to deliver Sinatra one as soon as they were made to American specifications. Six months later in October, the micro-television went on sale in the US. On the day after the sets went on sale, Sony's chairman went to Paramount Pictures where Sinatra was filming to deliver the television, as promised.

The 5-303W was also tested on the road to see how it would stand up against vibrations. These tests were run secretly on a 600km stretch of motorway. The Sony staff were caught for speeding while testing image deterioration at high speeds. The test results, however, were acceptable.