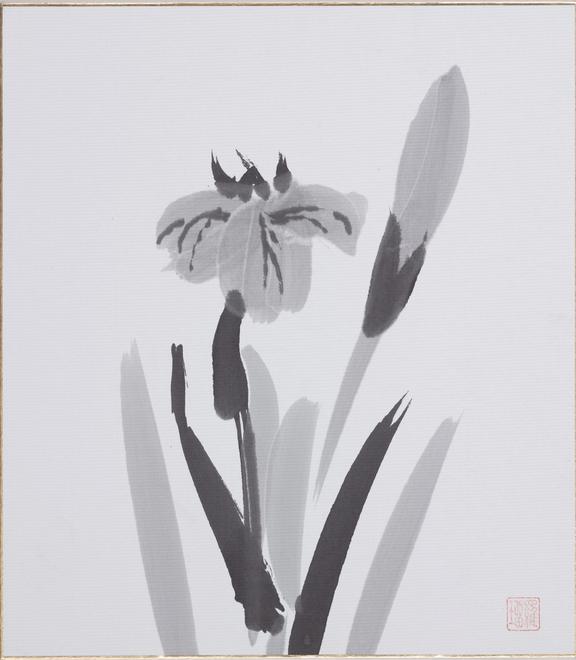 Robot art : one of six drawings by robots, made during the 'Robotics Japan: Robot Technology - Past, Present and Future' exhibition held at the Science Museum 17 September - 31 October 1991. Comprising one four drawings by The Dancing Lion (RAL 10 robot by Komatsu, Ltd.). This painting depicts a sweetflag - a perennial plant that blooms around May/June and valued since ancient times for removal of noxious vapours.

Normal day-to-day work is welding, cutting steel or handling workpieces. Here it demonstrates its speed and fine control of movement by performing the Shishi-Mai, a traditional Japanese lion dance, and drawing pictures. For painting, an air-operated hand holds the brush in the lion's mouth while the robot loads the paper and draws the picture.