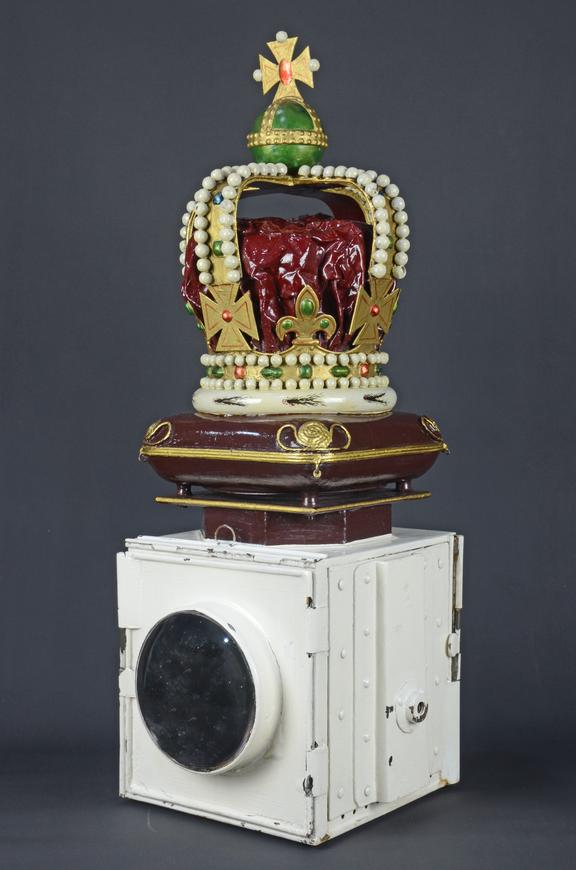 Locomotive headlamp, made by GWR , in commemoration of Queen Victoria's diamond jubilee, in 1897. The object is 31"x 9" and is finished on top with a crown.

In September 1896 Queen Victoria became Britain's longest reigning monarch, a record she maintained until Queen Elizabeth II surpassed her on 9th September 2015. Victoria asked that any celebrations be delayed until the following year, which would mark her diamond jubilee.

Accordingly, in June 1897 the country celebrated, with June 22nd declared a public holiday and with a procession through the streets. Victoria herself described her feelings on the occasion:

“No one ever I believe, has met with such an ovation as was given to me, passing through those six miles of streets,” she wrote. “The crowds were quite indescribable and their enthusiasm truly marvelous and deeply touching. The cheering was quite deafening, and every face seemed to be filled with real joy. I was much moved and gratified.”