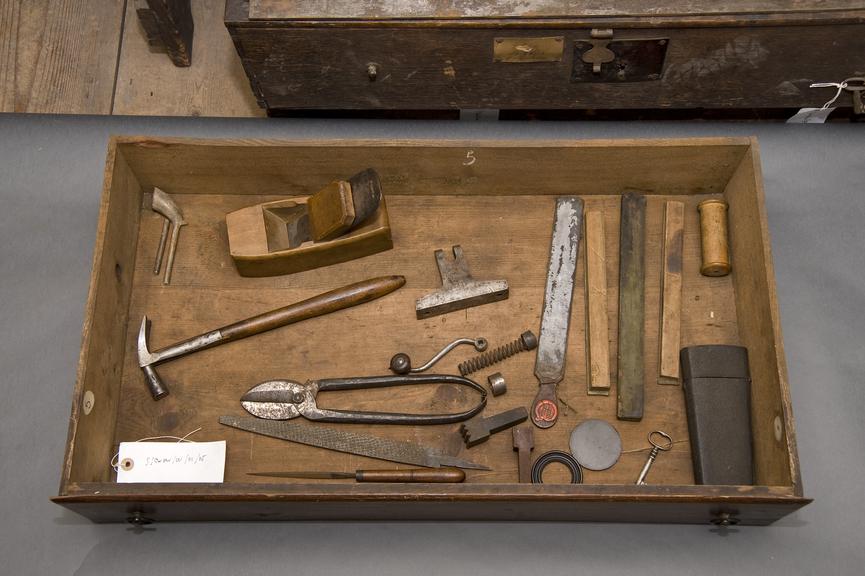 This is a grooved stake, for use forming metal while held in the vice. The poor execution of this example suggests that it is not a trade article, and this impression is confirmed by comparison with another similar item in the workshop. It appears to be forged, not cast: the end of the tang bears evidence of having been cut off a bar using a hot sett. Altogether it is crudely forged and filed up; the grooves, especially, are untidily cut. Such stakes more commonly have round-bottomed grooves, for manipulating wire, rod or tube. This one might have been intended for forging rod to a triangular section or for beating sheet metal into a sharp angle.