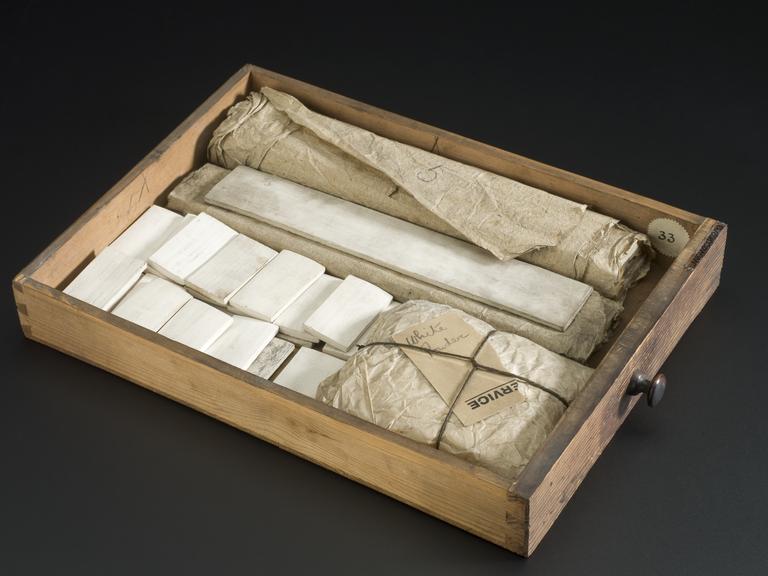 These items are part of the contents of the workshop that Scottish engineer James Watt developed at his home, Heathfield, at Handsworth, Birmingham, from c.1795 through to his death in 1819. Although Watt is best known for his work on the steam engine, his workshop contains a wide variety of objects from many different projects, from chemistry to sculpture-copying.