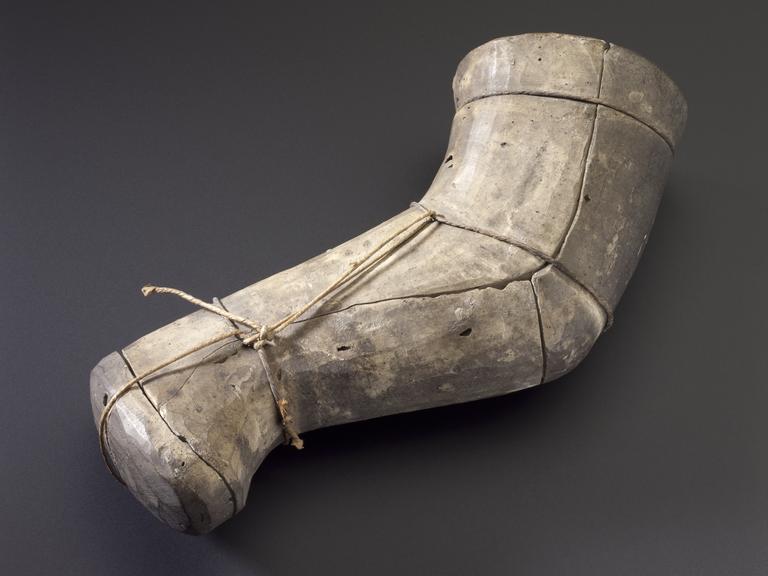 This is a prepared 'blank', cast from plaster of paris and allowed to dry hard, before being mounted in one of the sculpture copying machines in the workshop (most likely the one for producing reduced-size copies) and used as the basis for a new copy of an original portrait bust or similar.