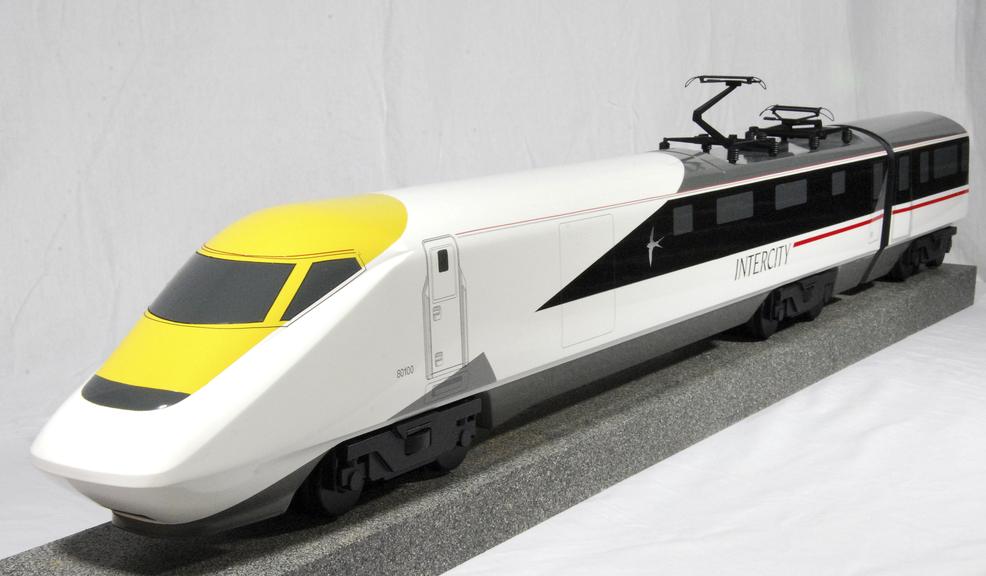 1:20 scale concept model of the InterCcity 250 Class 93 locomotive. The Class 93 was intended to run on the West Coast
Science Museum Group Collection
© The Board of Trustees of the Science Museum

British Rail InterCity250 was a project to upgrade the West Coast Main Line, announced by British Rail in 1990. The project’s scope including upgrading rolling stock, sections of the track itself, and signalling infrastructure in order to bring the WCML in line with the East Coast Main Line which was now fully electrified and capable of accommodating high-speed rail services.

The Class 93s were intended to be a development of the Class 91 locomotives which were already running on the ECML, however the project was cancelled in 1992 and the new fleet was never built.