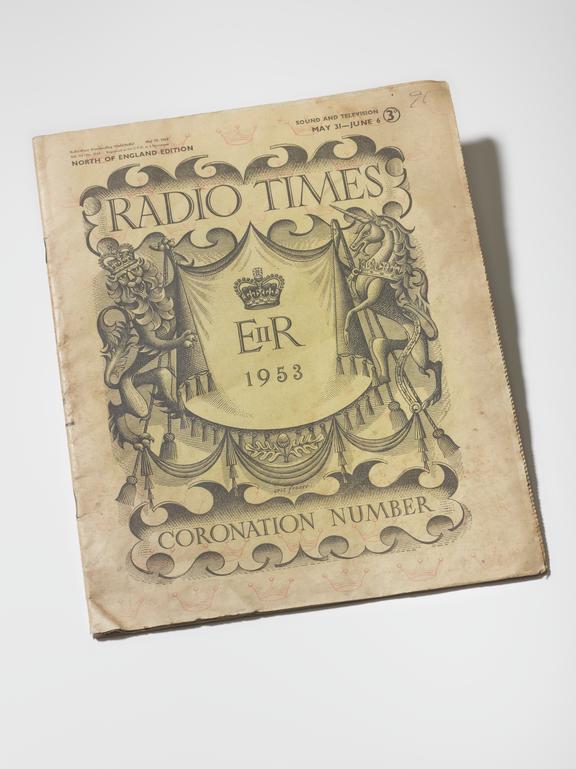 June 1953 'Coronation Edition' of the Radio Times, published by BBC Magazines, British, 1953. No. 1542 Special
Science Museum Group Collection
© The Board of Trustees of the Science Museum

The Radio Times was a listings magazine for radio, and later television, first published in 1923. This special Coronation number of the listing magazine, for Queen Elizabeth II’s coronation, covered the week commencing 31 May to 6 June 1953.

The issue states that it expects it to establish a new circulation record, with predicted sales in excess of 9 million copies. The pressure of this huge circulation was given as a limiting factor for the number of pages they could produce in the magazine and in not having a full colour front cover.

The broadcast of the coronation of Elizabeth II in 1953 was a huge moment in the development of television. It marked the first time in Britain that more people had watched an event on the television than listened to it on the radio, and many people bought a television especially to watch the events unfold. Although the coronation procession of George VI had been televised in 1937, this was the first time that the full coronation ceremony had been broadcast to viewers.