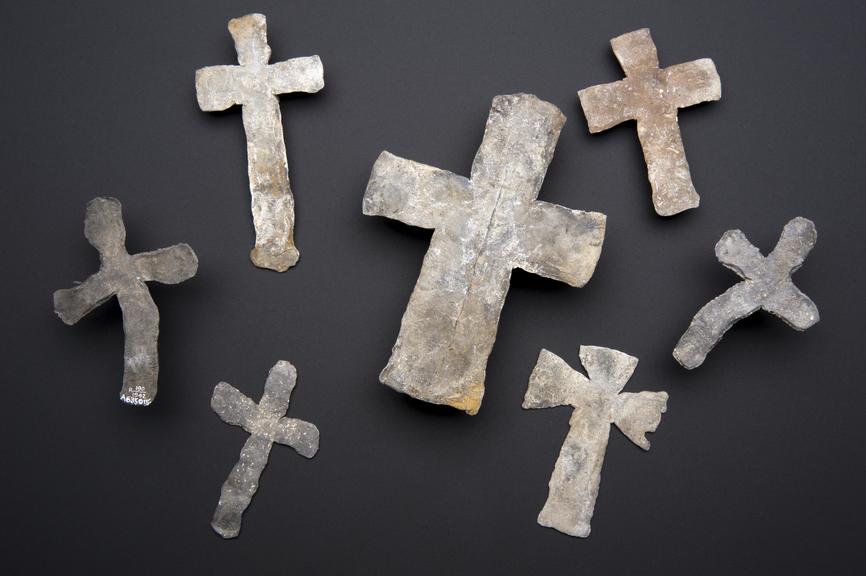 Lead cross, a replica of one taken from the graves of victims of the plague in London, original 17th century