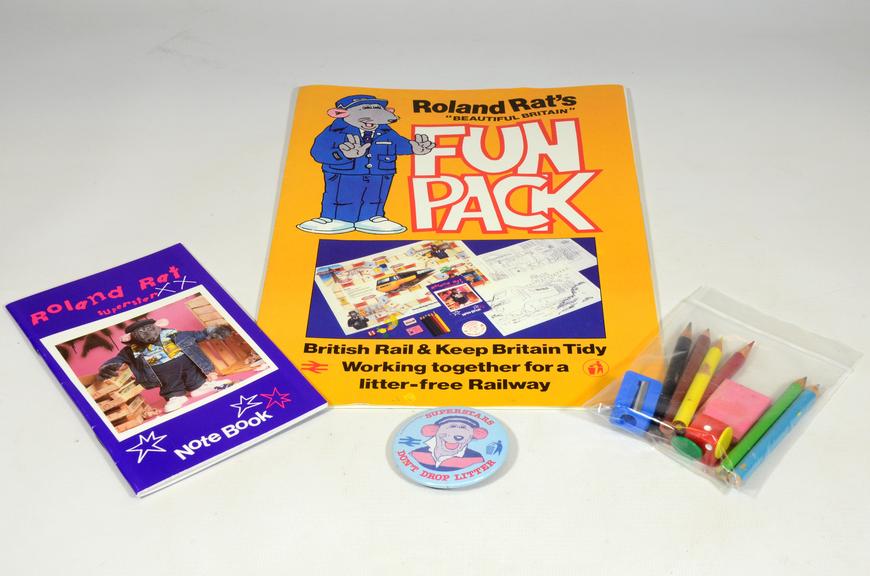 In an effort to promote cleanliness and good citizenship, British Rail collaborated with UK charity Keep Britain Tidy to produce this Fun Pack. Litter can cause serious problems on the railways. Not only can metal cans cause short circuits in the signalling system but discarded items can attract rodents that can chew through cables, causing disruption, delays, and accidents.

Roland had first appeared on British television in April 1983 on TV-am for ITV. He already had one railway connection - he lived underneath King's Cross Station in the "Ratcave".

Roland Rat's inclusion in the advertising campaign and anti-littering merchandise had the dual benefit of both connecting with popular culture and highlighting the possible consequences of littering - rats.