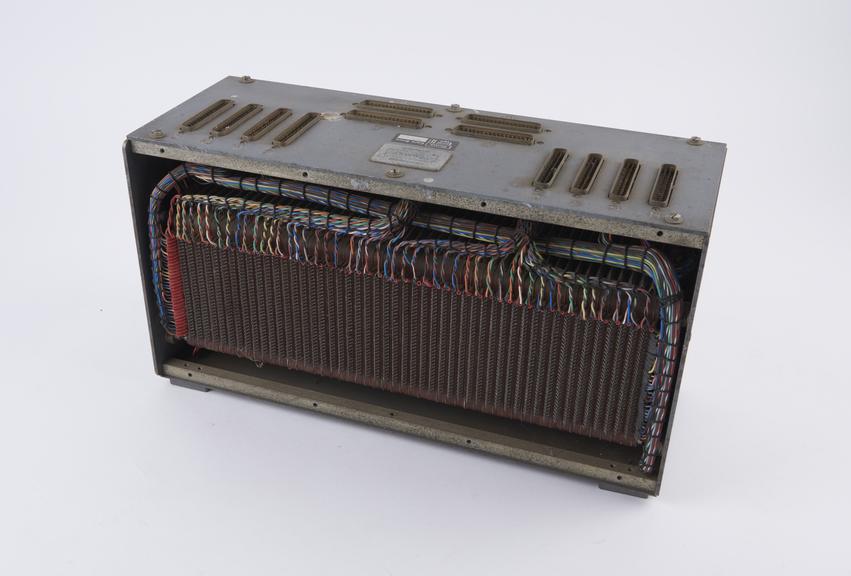 Titan was the prototype of the Atlas 2 computer developed by Ferranti Ltd. and the University of Cambridge Mathematical Laboratory. Work began in 1963 and Titan was operational between 1964 and 1973. This collaboration emerged at a time when industry, threatened by international competition, looked to academia to support business interests. At the same time universities and research establishments needed more powerful computers, which were very expensive, so were willing to work with industry to gain access to technology required. Titan’s main memory had 128K of 48-bit words and was implemented using this ferrite core store, rather than the part core, part rotating drum-store used on the Atlas.

The Titan project’s objective was to develop a batch-processing, multi-processing computer in which users would load their programs using either cards or tape and return later to collect the results. The machine was optimised to handle a variety of jobs of different sizes and complexities concurrently. The Director of the Mathematical Laboratory was computing pioneer Maurice Wilkes. Wilkes visited the USA where he used MIT's Compatible Time-Sharing System (CTSS) and in 1965 changed the design of Titan to accommodate time-sharing. From 1967 Titan operated as a multiple-access system, 24 hours a day, seven days a week, serving the whole of the University community. One of Titan's most intensive uses was to compute the inverse Fourier Transforms of data from the One-Mile Radio Telescope.