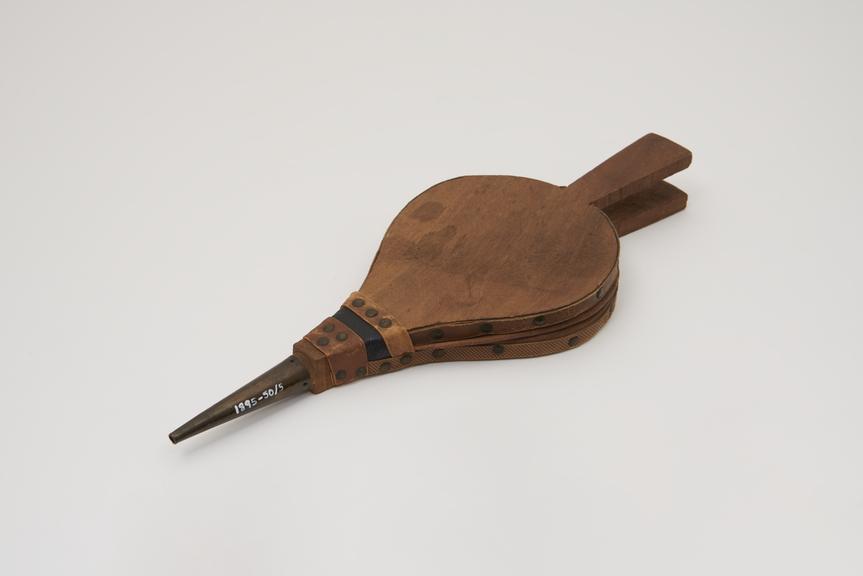 Brown wooden model of a bellows. Part of a collection of small models of sanitary appliances, to be used for instruction in hygiene, in cabinet