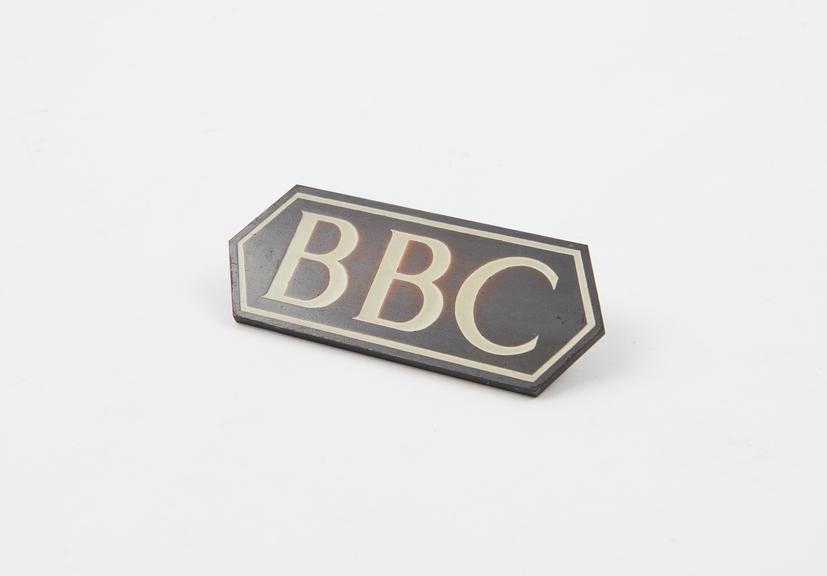 Finding information specifically about BBC microphone flags is a challenge, but there is strong photographic evidence of their use by the BBC from the 1930s until the early-mid 1960s, sourced from BBC Yearbooks and official history websites. Included in the 1942 yearbook is a photograph of President Roosevelt surrounded by microphones with flags for American broadcasters. In the yearbook for 1943, nearly all photographs of BBC interviewees feature prominent BBC branding, including the elongated hexagonal flag presented. This suggests a potential relationship between the American adoption of microphone flags in 1941 and their adoption by the BBC afterwards.

The flags feature heavily throughout images of broadcasting using microphones, including with significant figures, like Prime Minister Winston Churchill and entertainer and activist, Josephine Baker, until Yearbooks in the 1960s where this style ceases to feature after 1961. The prominence of the flags with BBC branding within the photographs suggests an intention to fuse the concept of broadcasting with the BBC in how the corporation presented itself. Anecdotal evidence supplied by the Science Museum’s curator emeritus, John Liffen, suggests these flags were used by the BBCs photographic departments and attached to microphones specifically for official photography. Modern reproduction and prop hire companies offer microphones with flags of this design, supporting the case for their importance as symbols of the BBC and its prominent role in broadcasting during the first half of the 20th century.