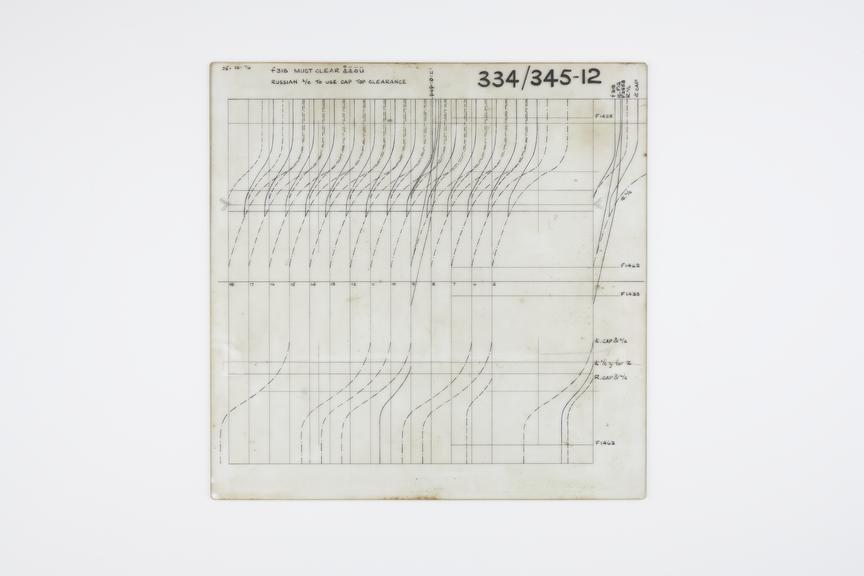 There was an 82-stage process to make Monotype composition matrices for metal type and the last stage was the final inspection of matrices. Every matrix that The Monotype Corporation produced received a final inspection for size, position and character face imperfections. A matrix was put into an epidiascope that had been fitted with a measuring glass made especially for that typeface and size of type. The machine compared a 50 times magnified image of the character impression with the dimensional limits set out on the 25cm square glass and the operator checked them against multiple measurements on a testing card.

Ground glass screens known as a matrix measuring glasses were prepared in the Type Drawing Office at the Monotype Works in Salfords, Surrey. Various horizontal and vertical lines were drawn in black ink to indicate body height, square alignment, capital square height, lowercase square height and the unit widths for the whole typeface. The lines were ruled on to the glass using a special purpose ruling machine and a special ruling pen. The pen’s construction was similar to a standard ruling pen used in most drawing offices but was much more robust. The position of the pen was controlled across the glass by micrometer adjustments of one thousandth of an inch so that vertical lines could be ruled to accurate spacing. The glass was held in a fixture similar to those on the screen end of the epidiascope. Horizontal lines were added by turning the glass through 90 degrees. Clearance lines were also traced on to the glass by hand, using a standard mapping pen.

The Type Drawing Office prepared testing charts on pieces of card that provided measurements for position, height, width and weight of a character on a matrix. The relevant chart for each size of each typeface sat on a stand on the machine. They were used to read off a huge number of measurements to check that each matrix conformed to the right measurements and was identical with its counterpart. These measurements were expressed as the amount that a character was displaced from the appropriate square dimension. A small scale divided in segments of twentieth parts of an inch was used to check the measurements.

Skilled operators could check a large number of matrices in an eight-hour shift. After measuring the first one of a batch, they would move on to the next by using a lever located close to the screen. They could pass through the batch quickly, looking at the enlarged image to detect any issues. A different movement of the same lever could reject a faulty matrix immediately. The best epidiascope operators could detect deviations of a tenth of a thousandth of an inch and reject a matrix outside the permitted limits. This stage was very important in the maintenance of Monotype's record for quality.

The Monotype Collection at The Type Archive houses approximately 5200 matrix measuring glasses and two epidiascopes for checking 0.2″ and 0.4″ composition matrices. This is the only place in the world where these items exist. There is one ground glass for every size of every typeface that Monotype produced.