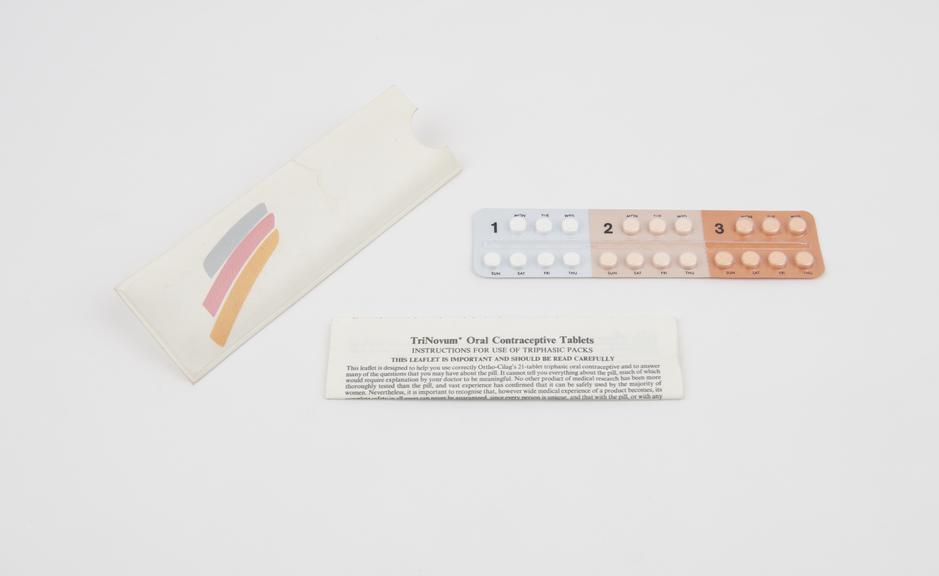 These TriNovum oral contraceptive tablets are an example of a triphasic pack of the combined contraceptive pill, which means that they contain three different doses of hormones which change approximately every seven days throughout the pack. Multiphasic pills were developed in the 1980s and were designed as an alternative to monophasic contraceptive pills which were often accompanied with side effects such as irregular bleeding, tender breasts and headaches.

The pills contain two active ingredients, ethinylestradiol and norethisterone, which are synthetic versions of the naturally occurring hormones oestrogen and progesterone, largely produced in the ovaries, but are also produced in the adrenal glands and in fatty tissues, and in various levels by men as well as women.

The contraceptive pill prevents sperm from reaching and fertilising an egg in three ways. It prevents the ovaries from releasing an egg each month, it thickens the mucus in the neck of the uterus which makes it harder for sperm to reach the egg, and it thins the womb lining which prevents a fertilised egg being able to implant in the uterus. It is mostly used by people with wombs who are seeking to avoid pregnancy, but can also be used to manage heavy and painful periods and to treat conditions including polycystic ovarian syndrome (PCOS), endometriosis, premenstrual syndrome (PMS) and acne.

Like most pills, this packet of TriNovum comes with instructions that tell the user how to take the pills effectively. This material written in the 80s is very different to contemporary examples as it exclusively uses misogynistic gender assumptions, referring to the ‘doctor’ throughout using he/him pronouns.

These days, the contraceptive pill can be prescribed by GPs and prescribing pharmacists in doctors’ surgeries and contraception/sexual health clinics. As of 2020, the gender split of GPs was 35,000 women to 27,000 men, which makes the he/him reference to doctors in the 2D literature statistically unlikely if nothing else.

Despite this change in gender dynamics in the medical field, there is a much more pronounced gender gap in specialist doctors (such as surgeons and specialised consultants) with 50,200 men to 30,000 women.