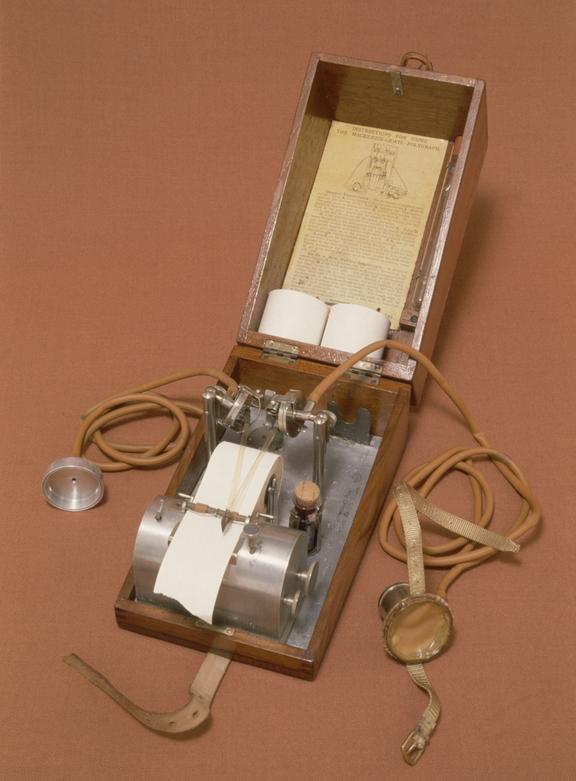 Imagine you're a detective in charge of investigating a truly terrible crime. You're questioning a suspect who denies everything but you urgently need to find the truth. Would a lie detector be the solution? After all, it’s impossible to cheat a lie detector, right?

Lying is often accompanied by small outward signs – avoiding eye contact, or changes in the voice. Physiologists found that lying could cause other physical changes too, such as a faster heartbeat or increased sweating. For proof, they needed to use an instrument that could measure and record these changes.

British heart surgeon Dr James Mackenzie (1853-1925) had developed the ink-writing polygraph in 1906. It recorded the pulse as continuous lines on a long roll of paper, and was used for detecting problems such as an irregular heartbeat. Such polygraphs started being used as lie detectors, but American psychologist and Wonder Woman creator, Dr William Marston (1893-1947), argued that careful interrogation was also needed.

So a ‘lie detector’ doesn't actually detect lies, just physical changes. Whilst it’s not possible to cheat these reactions, it’s not clear-cut proof. Sweating or a racing heart indicates the person is stressed – but is it because they are lying, or because they are innocent and accused of a terrible crime? This is just one reason why evidence from lie detectors is not admissible in court. So it looks like you'd be better off relying on other methods to solve this crime.