part of archive:
Collection of Posters relating to the Manchester Music and Creative Industries 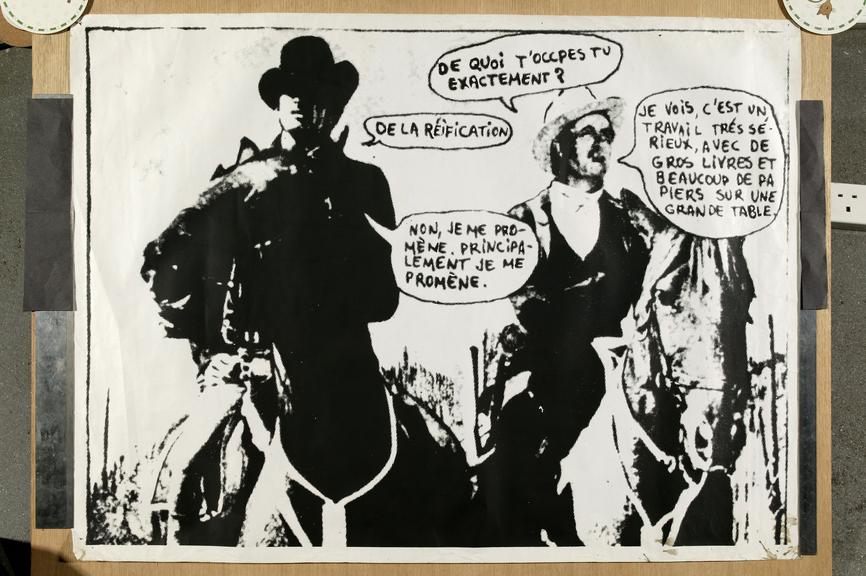 The poster uses a cartoon image of two cowboys conversing on horseback, drawn from Andre Bertrand's Situationist pamphlet Le Retour de la Colonne Durutti. The poster was printed at the same time as Peter Saville's FAC1 poster and is the first piece of publicity material commissioned by Anthony H Wilson. This black & white poster was posted around the City as an abstract promotion for The Factory. It was later reproduced in colour to promote The Durutti Column. The posters were produced on the landing of a block of flats in Mersey Mansions, between Palatine Road and Barlow Moor Road, West Didsbury, that was occupied by Anthony Wilson and Dimitri Grilliopulous.