Porton Down Archive of Chemical Warfare 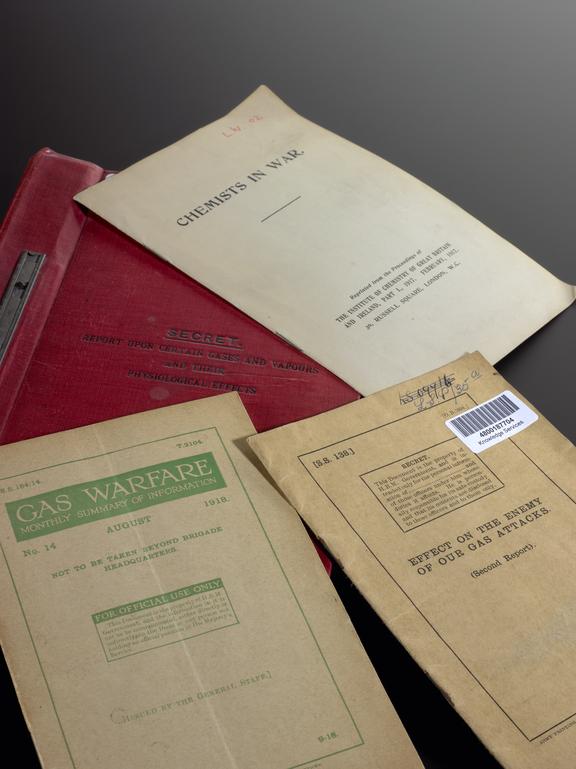 The collection focuses on various aspects of chemical warfare, and is particularly detailed on research into, and protection from, the effects of chemical weapons on people and the environment. It contains a wide range of government manuals, guides, instructions and regulations relating to precautions against, and treatment for, exposure to chemical weapons, as well as in-depth analysis of available protective equipment, primarily types of gas respirator, and test results of their effectiveness. The collection also covers aspects of meteorology as it relates to the use of chemical weapons, including guides on understanding weather front changes, wind classification and analysis, and maps annotated with meteorological observations (presumably used during training drills). To a lesser extent, the collection documents other aspects of warfare, including the nature and effects of nuclear explosions, and reports on armoured fighting vehicles (AFVs) and other military vehicles and artillery.

The majority of the collection, approximately 70%, relates to the United Kingdom, but there is also significant coverage relating to other countries: the United States (10%), Germany (5%), Russia (5%), and India (2%), with the remainder of the collection relating to Austria, Belgium, China, Italy, Spain, Yugoslavia, Sweden, Norway, Switzerland, Turkey, Japan, Malaysia, Greece, Hungary, France and Finland. The smaller foreign collections comprise mostly reports on the design of their chemical warfare protective equipment, and correspondence between British war departments and their foreign counterparts. Some of the material is in foreign languages.