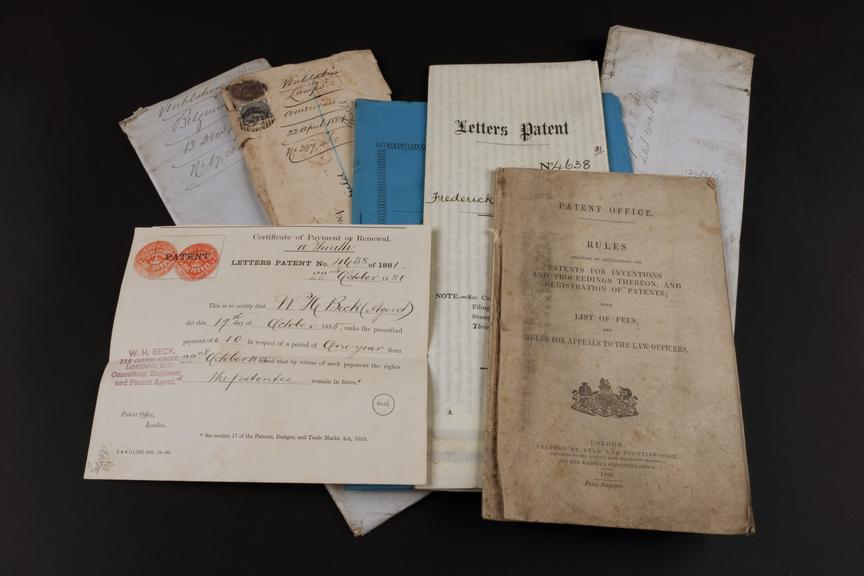 A Letters Patent dated 22 Oct 1881 (no.4638) granted to Frederick Henry Smith for 'Improved arrangements and appliances for ventilating enclosed lamps, burners and stoves, also applicable to the ventilation of houses, chambers, kilns, closed vehicles or other places where it is required to remove warm or vitiated air, and to introduce cold or fresh air in place thereof without producing injurious or objectionable draughts or currents of air' plus a 'certificate of payment renewal and a 'Patent Office-Rules' booklet.

A Provisional specification patent no. 4638 with 6 diagrams.

A Letter from Carpmael regarding search of patent 4638 with related patent cited, dated 1883.

A covering letter and agreement with AEW Gwyn appolited agent for the sale and introduction of 'Smiths patent automatic aspirators' dated 8 May 1886, plus a newspaper cutting referring to letters to The Times, published in 1885.