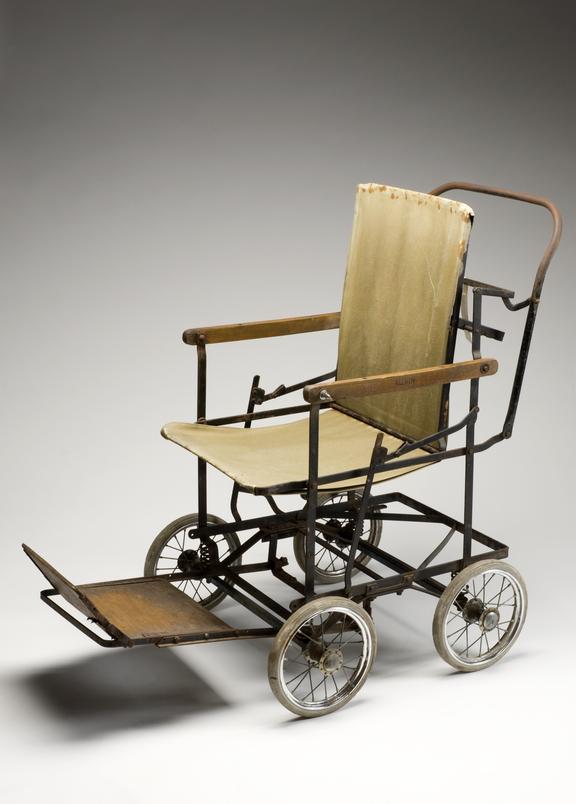 Poliomyelitis, sometimes referred to historically as infantile paralysis, but better known as polio is an acute viral disease. It is capable of causing severe and permanent disabilities, and occasionally death. This wheelchair is evidence of one individual’s encounter with polio. It was used for over fifty years as an outdoor mobility aid by a woman left partially paralysed by the disease. The wheelchair is collapsible, which allowed it to be easily transported by car. It was produced by R.A. Harding, a leading manufacturer of wheelchairs based in Bath, England.

Polio was a disease that had generally existed at low endemic levels within the human population for thousands of years. However, from the end of the 19th century until the middle years of the 20th, major epidemics of the disease periodically broke out in many parts of the world. Young children were particularly vulnerable and many of those that survived their illness where, like the user of this chair, were left with lifelong disabilities. The ongoing epidemics encouraged the development of a vaccine. This was achieved during the 1950s, after which the number of cases reported worldwide began to fall dramatically.