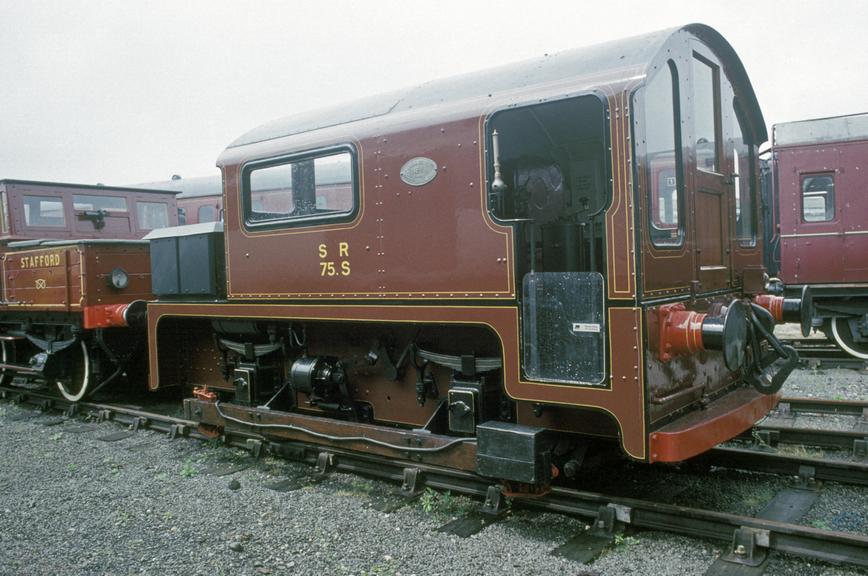 Waterloo & City Bo No 75S (3rd Rail).
Science Museum Group Collection
© The Board of Trustees of the Science Museum

Electric locomotive, Waterloo & City Railway, Bo - Third Rail No D75S, built by Siemens Brothers of London in 1898, withdrawn in May 1968.

Siemens Electric Loco 75S was part of a railway revolution happening under London’s streets. In a world of steam power, The London & South Western Railway’s Waterloo & City Line was going electric. 75S was an unseen part of this charge into an exciting new technology. Long after most London commuters were home in bed, 75S would just be beginning another long working night, dragging coal trucks under the city, to feed the Waterloo Line power station. Having delivered the coal, 75S would finish its working night shunting city line passenger stock, ready for the morning rush hour.

1939-40 brought modernisation for the line and 75S was sent to Peckham Rye, for conversion from the underground’s one central rail, to surface outer rail power collection. Unfortunately with war shortages, the work was stopped, leaving 75S marooned in Peckham Rye Workshops. It was 1943 before 75S could return to its post on the Waterloo & City Line.

In October 1968 seventy years of service were brought to a close as 75S was withdrawn from service, due to electrical burn out. Just like many of the commuters it served, 75S retired to Brighton, where it remained in store until 1977 when it became part of the National Collection.